What are the effects of dirty ( allot of carbon build-up ) piston heads and intake valves?

I just used an endoscope to take a look at my piston heads while changing my spark plugs and the heads had quite significant carbon build up.

So I'm curious, in general, what the common effects of this carbon build up can be.

Here's a screen capture of one of my piston crowns, it's the only one which had a bit of a clear patch: 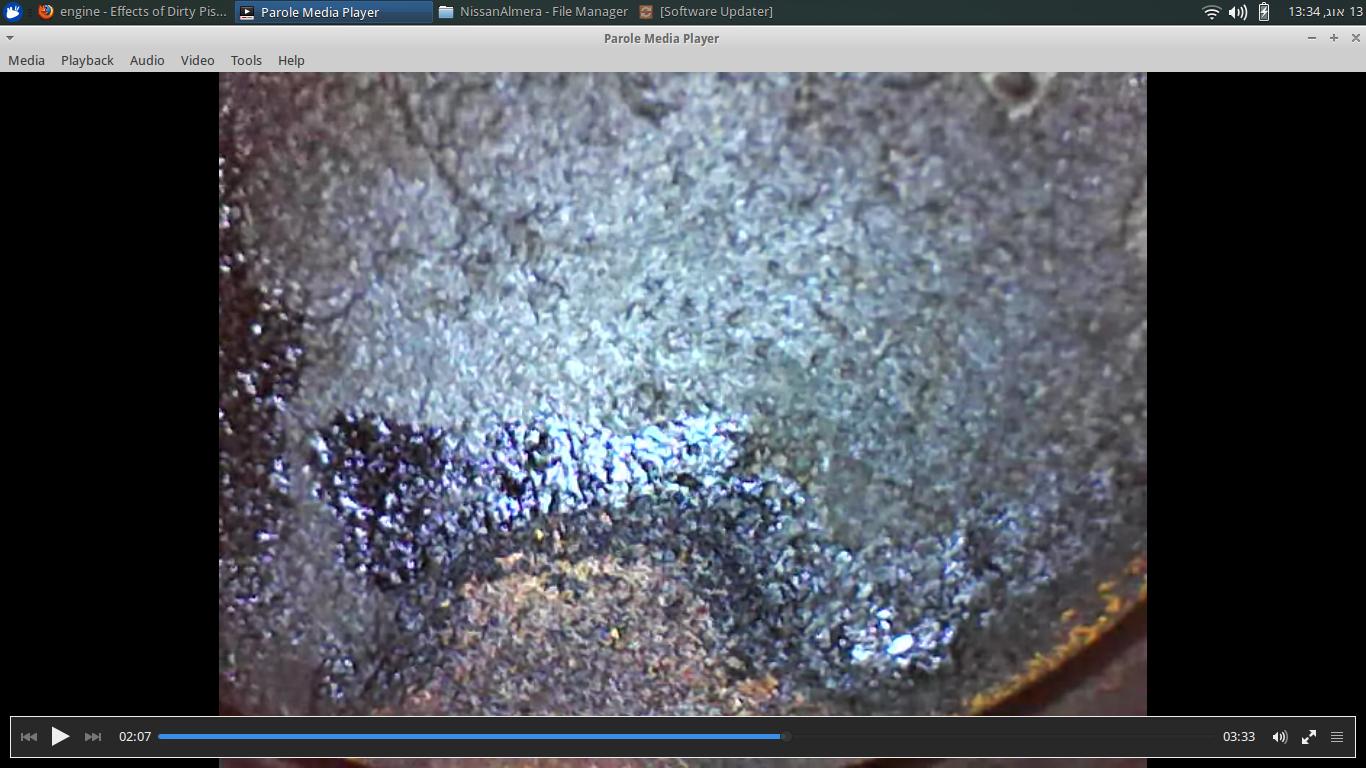 Carbon Build up on the valves and the exhaust is very common for any old engine no matter how you maintain it , its the by product of the combustion of gasoline.

Issues due to carbon build-up on the valves:

The carbon contributes to abnormal combustion in several ways, but the most dramatic effect in a modern fuel injected engine is the "sponge effect". As the fuel mixture in the cylinder is compressed, the carbon has a tendency to absorb both oxygen and fuel. Once the ignition spark fires, the flame front normally spreads through the chamber, consuming the fuel and air, however, the carbon has a tendency to extinguish the flame front and stifle combustion.

This, combined with the fuel and air that was absorbed, results in poor efficiency. As the chamber decompresses during the exhaust portion of the stroke, the unburned fuel and air is released, resulting in both excessive fuel and air (containing oxygen) entering the exhaust system. The O2 sensor detects the excessive oxygen and the vehicle computer (ECM, ECU, PCM) compensates for this by enriching the mixture.

8
Consequences of a Dirty Intake Manifold