What is this pump-type nut fastener called and where is it useful?

At 1:42 in this S62 production video the engine assembler uses a pump-style tool to fasten the plenum cover nuts.

What is this tool called? How does it work? Can it be used to loosen and fasten nuts, just like a ratchet?

My father used to own one and I loved playing with it when I was a kid. They can be used to tighten or loosen fasteners. When you push down on the handle, this motion causes the head to rotate thanks to the grooves in the centre shaft (the criss cross you can see in the pic). The sliding button also shown in the image is used to set the rotation. (Three levels, clockwise, anti-clockwise or fixed). Fixed operates like a regular screwdriver - manually twist the tool to fasten. 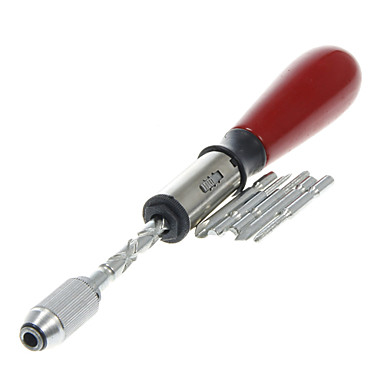 The accepted answer shows the right image, but theres a difference between a ratchet and a yankee driver. A yankee driver has the ratchet left/right/locked out collar, but it also has a separate collar at the front to unlock the extending shaft.

The pump action is a really long double helix, and inside the handle is an optional return spring. Not all yankee screwdrivers have the return spring, so some of them you have to push in and pull out. Most of the more recent ones only require to be pushed in by muscle and they will return to the elongated or loaded length by spring.

They were made by North Brothers in Philadelphia, Pennsylvania, USA, in the early 20th century. The company was acquired by Stanley Toolco in the 1950s, and is now in the hands of a German company.

These drivers are quite old-school, but they don't need batteries or power cords, and for small jobs will be quicker to deploy than a power tool.

Downsides, none of them have modern quarter-inch hex sockets. Instead the bits come in three diameters, which are related to the total length of the tool and the width of the collar. So the bits aren't interchangeable between different sized drivers. Bits are clipped into the driver and cannot pull loose, so you can't leave the bit in the screw when pulling away.

Magentised bits are really uncommon, I've had to make them.

It is possible to get adapters for these to suit standard 1/4" hex drive, but it adds length and another source of movement. Plus the hex bits drop out like any other bit holder.

On the positive side - Yankee screwdrivers don't really wear out. You can bent them by using them as levers, or break the bits, but there's very little other than the return spring and collar springs to break. My dad still uses an 80 year old one. 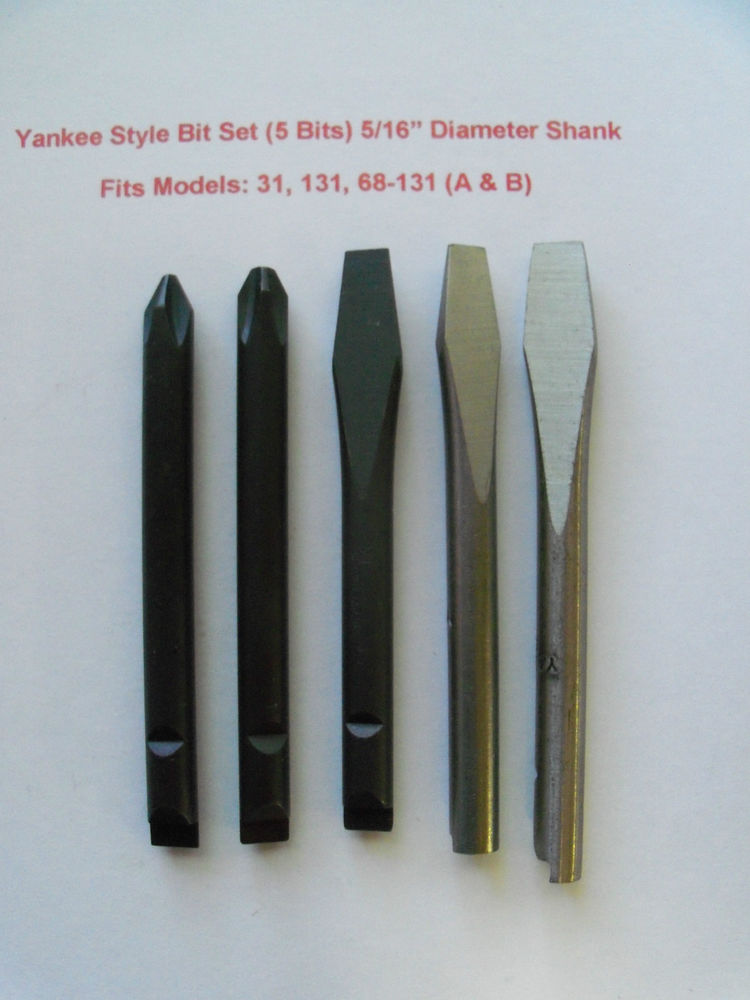 3
How can I check if my 1995 Lancer CC GI has OBD-II
7
How do I remove a pulley where I have no way of stopping it turning anti-clockwise, like I'm turning the nut?
0
Craftsman Bolt-Out and similar tools
8
How can I remove perfectly round locking wheel lugs? What tool can I use?
6
What types of bits are needed to work on a modern car?
4
Do I need any special tools to replace a ball joint that appears to be able 'bolt on'?
3
Problem installing rivet nuts
0
How to ensure I am buying an torx key for automotive repair?
0
What type of screw is this, How to remove this screw?