Which convenience features in a car affects fuel economy?

I understand that the A/C compressor runs with the engine belt, so it will always uses some HP when engaged, therefore it will have some effect on fuel consumption.

What I want to know if there are other convenience features that can affect fuel economy. I'm interested particularly in this list of features because this is what my car has:

I think all of this components runs on electricity, and since (I think) the battery is always being recharged every time the engine is running, I don't believe they have an effect on fuel consumption, but I wanted to be sure anyway.

Short answer, ALL of the convienences mentioned above reduce the fuel economy of a car, any electircal system you use will affect the fuel economy,to understand why we must know how these systems are powerd exactly, its not as as you think.

The battery operates when you start the car, the moment the car is started the , the power to run the electric appliances and to charge the battery on the car is generated from a device called the "Alternator" 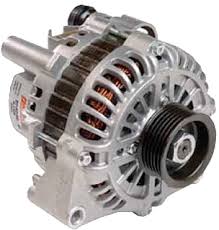 The black COG is connected to the crankshaft of the engine with a belt just like the compressor of the air conditioner, and runs off of the engine power, think of it as a electric generator for the car.

Now this produces AC current which is sent through a Rectifier to be converted into DC voltage and that is sent to the battery to be recharged, most of the electrical things on your car run of the battery where the alternator provides additional amps to the system while charging.

SO when you are in low speed running all those electrical you are straining the Alternator and making it to rob the engine of additional HP thus ultimately reducing fuel economy, once you reach considerable amount of speed then the effect is reduced.

All said, the fuel economy being affected by these electrical are actually not very noticeable in everyday driving in comparison to say an Air-Con or driving rashly which will produce noticeable drop on economy, the only place where this knowledge will be useful is either if your running a race or about to go empty and searching for a petrol station.

Not the answer you're looking for? Browse other questions tagged electrical ac fuel-consumption hvac or ask your own question.