I've purchased a car a few months back and it's radio has been driving me crazy. Whenever I start up particular radio stations in the morning, I can also hear another radio station in the background. As I drive along, the station I'm tuned into might suddenly fade and allow the other station to be louder, and vice versa. I also get interference when I pass the Police Headquarters, that's sort of like a blipping noise cutting out my stereo.

Some other stations barely ever get static or interference from other stations, but it seems to be persistent no matter what station I'm tuned into as it happens to all stations at some point or another.

I've never had any issues with a car stereo before. It could be completely unrelated, but all the cars I've ever owned have either had a Sony or Pioneer stereo, this is the first car I've owned with a Panasonic stereo. Here's a link to the model. CQ-RX222W

The car is a 1997 Nissan Pulsar (N15 chassis) (same as an Almera in the U.S.) as pictured below with the location of the power antenna. 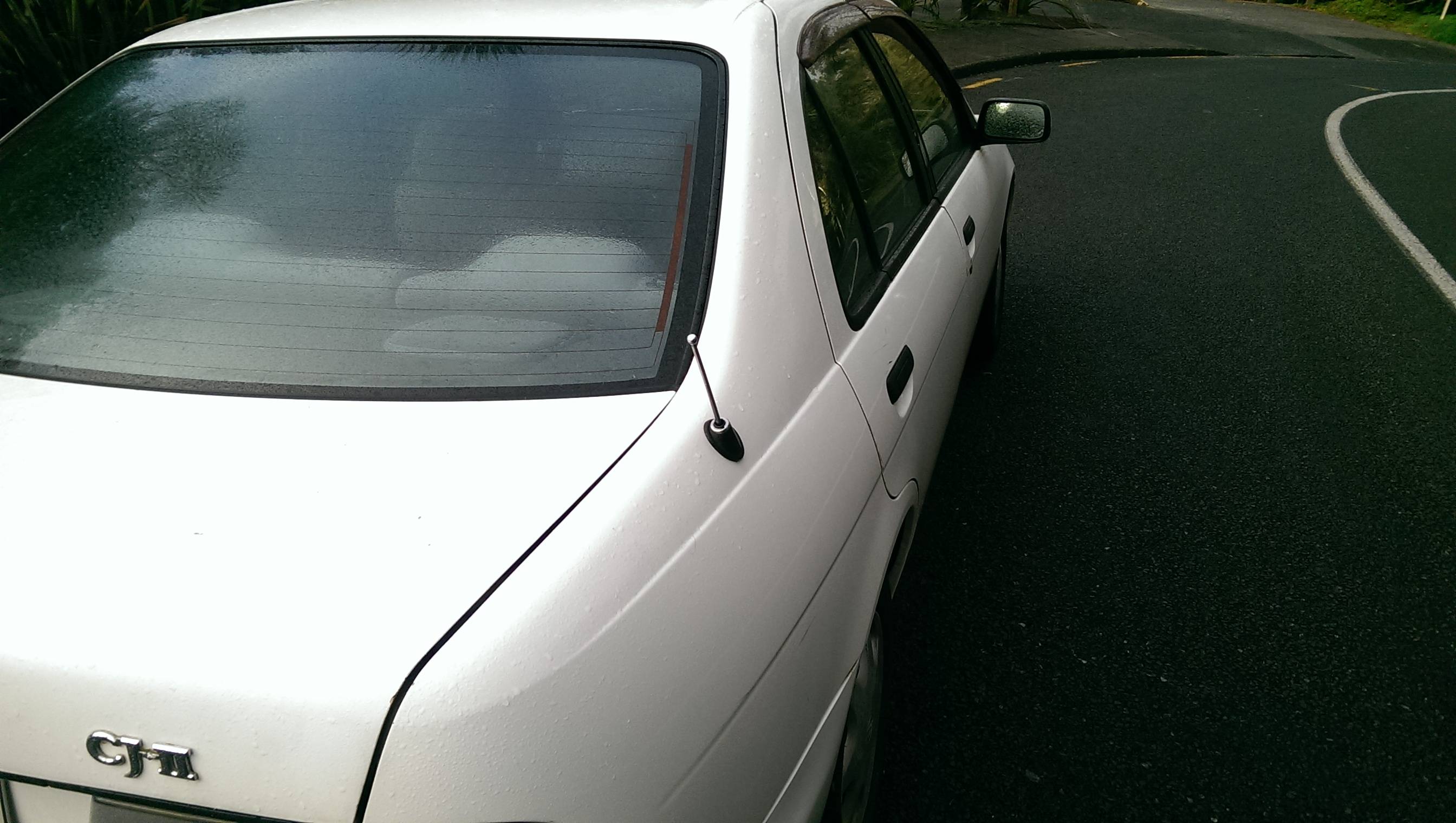 Two things to look for here. First, it could be that there is a cut in the antenna wire somewhere, so that it is shorting (both sides of the wire coming in contact with each other). Second, it may not be plugged in all the way to the back of the head unit.

Cars from Japan use band expanders because Japan uses different frequencies for FM Radio broadcast. Most countries use 88-108 Mhz for FM broadcast as per international agreement. Japan uses 76-90 Mhz. I suspect you might be from New Zealand as Police and Fire frequencies are in 75-76 Mhz range hence the interference. It also explains that when you removed the device the problem rectified itself.

Good thing I am also a radio operator and know such things :)

Not the answer you're looking for? Browse other questions tagged nissan audio pulsar or ask your own question.