Why is martensitic steel used instead of grey cast iron for ATV disc brakes?

I was looking at this from an automobile standpoint wondering What the heck is he talking about?? The vast majority of vehicle rotors and drums are made out of grey cast iron!, then went back and reaslized you are asking about motorcycles and ATVs. To that end:

The main reason for the use of SS over cast iron is that for the job, the SS can be made lighter, stronger, and thinner than cast iron can be. For a vehicle which weighs relatively little when compared to a car, the SS holds up great to the frictional/torsional forces created during the braking process. If you cast the grey cast iron in the same shape and size, it would not stand up to it. The main reason is, at that thickness, cast iron's brittleness would not stand up. The SS is a much better choice overall to do the job and stand up to the rigors.

Are there any special required properties for a disc rotor that stainless steel has?

If we were talking about cars instead of bikes, the cast iron wins, hands down. The main thing here would be the ability to absorb the heat from the friction. Since we are talking about bikes, the SS can be made as I described above, which you could not do in a comparable size with cast iron. Since overall vehicle weight is not as large of a factor, frictional heat is not as big of a problem for SS. It will maintain its true-ness without issue, whereas you'd see warping if you had a cast iron rotor of the same size in its place. You'd have to have a much larger cast iron rotor to compete in this arena.

No, in fact you can find drilled rotors in just about any brake rotor material. 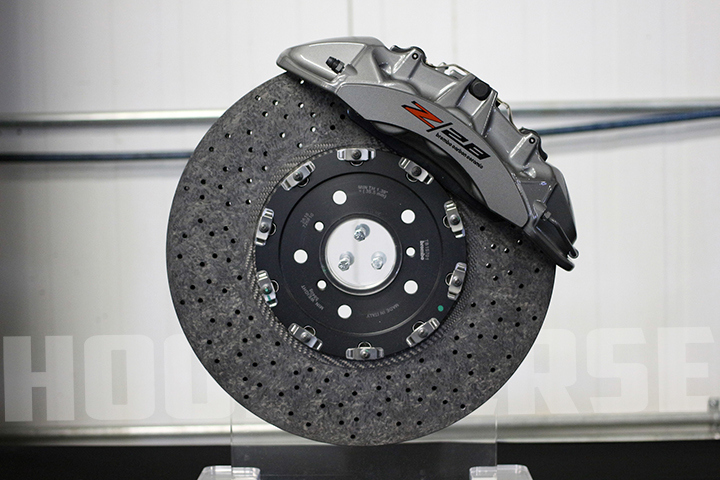 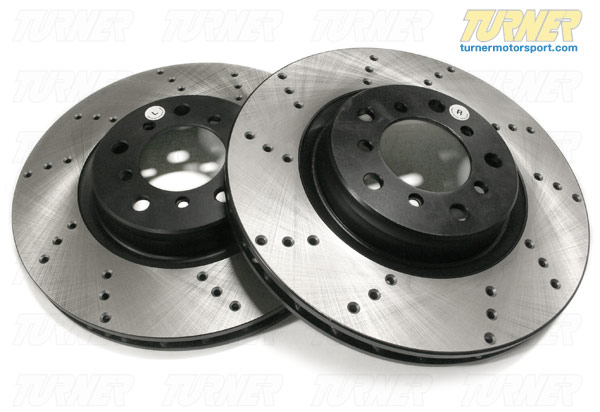 NOTE: Obviously these are rotors for autos, but I am showing you that SS brakes are not the only ones which can be drilled.

Not the answer you're looking for? Browse other questions tagged motorcycle brakes brake-rotor automotive-design material or ask your own question.

9
Why aren't my "street performance" pads performing well on the street?