I recently installed an engine (complete from oil pan to the valve cover) from a 2010 Malibu in my 2006 Solstice. (Replacing a blown engine.) The car will not crank / turn over.

I lost the fuel pump relay, so moved the one for the electric trunk release into the fuel pump spot. They had the same part number and looked identical so I doubt this is the issue.

Car has a new battery (fully charged) and a new starter (properly connected). I can turn the engine over by shorting posts on the starter but, with no fuel, of course it won't start.

At one point when the security light was on (which I assume was just due to the BCM connector not being properly seated), I tried the 30 minute key relearn procedure, just before I found the BCM connector issue and fixed it. I don't suppose it's possible that the car is stuck in relearn mode following a week if sitting?

I'm at a loss as to how to proceed. If anyone has any suggestions, or a place where I can find a diagnostic flowchart for this car, I would be eternally grateful.

When I reinstalled the engine harness and connected it back to the engine bay fuse block, I didn't properly tighten the five bolts that secure the connectors to the fuse panel. Apparently it was therefor not correctly grounded.

Yay. Thanks everyone for the help! 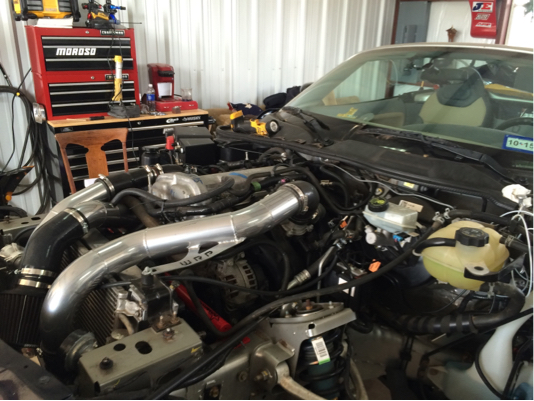 Not the answer you're looking for? Browse other questions tagged starting pontiac computer gm solstice-of-sorrow or ask your own question.