I have a rather strange problem with my BMW G650GS. In the morning, when the engine is cold, it starts fine with a single crank. There is no problem with riding, the engine works fine and never chokes. Then, if I ride for a while to make the engine hot, stop it, let it stay for about 5 - 10 minutes and try to start it, it won't start. It is cranking, the battery is new, the wires are checked and they are fine, the starter apparently works because there are no problems to start engine in the morning but the engine does not start no matter how long I keep the starter button pushed. I can drain the battery but it won't start.

There are two options to start it. One is to wait for 20 - 30 minutes until the engine cools down a little, then it starts with 2 - 4 cranks. Another options is to switch to the first gear press the clutch, push the motorcycle forward until it is going at least 5 miles per hour, then push the start button and start releasing the clutch, then at certain moment when the clutch is almost released the engine starts.

Sometimes it doesn't work from the first try when the speed is too low.

Has anybody experienced similar problems and how to fix it? There is problem to show this problem to a mechanic because the timing varies probably depending on the weather (how cold it is) or something else and it is not repeatable every time but in about 75%.

BMW bulletin about the issue: http://www.gravesurrounds.com/bike/hotstart.pdf

Chances of having hot start problems due decompression valve are higher when your battery is not 100% charged. If bike is not starting when hot, let it cool down, drive it home and connect the battery to a trickle charger overnight. (You can access '+' terminal by taking the seat off. Right hand side below the 'fake' fuel tank cover).

With full battery bike should start even when it is hot or at least reproducing the problem should be much more difficult.

What goes wrong when bike doesn't start; ECU feeds fuel to cylinder only when revs go above certain threshold which I think in G650 is 700 rpm. Faulty decompression valve leaves compression in cylinder too high when engine is hot. This results extra load to starter motor during start and battery fails to turn starter motor fast enough to get engine to go over 700 rpm.

In fuel-injected systems, hot-start problems indicate that the fuel line is unable to maintain pressure.

This could be due to a few things related to the fuel supply line, including:

The reason why this happens only for hot starts is because the fuel is more likely to vaporize as temperature increases. In order to avoid vaporization problems the fuel lines are expected to be pressurized during a hot start.

I believe the reason why the rolling-start fix works is that it applies an additional load on the engine that demands extra fuel. The fuel pump would then increase fuel pressure to the point where vaporization is no longer a concern, allowing the engine to start.

There is another problem, recognized by BMW with this motorbike when starting with hot engine, so you are not alone. Have a look to this web http://www.bmwg650gs.com/ where there is a document sent by BMW Spain with info (in spanish). Basically they told they know the problem and the solution is a new software for the ECU which nowadays is not available. So the only solution is waiting for BMW to release this new software while we try to use the motorbike as much as it allows.

Had a similar problem with my 2007 xcountry. Thought it was a couple of accessories that I put on the bike. So many issues with starting when I travelled a short distance, then stopped the bike. Put in new battery, didn't fix the problem. Changed to a lithium battery on the bike which fixed the problem or at least I am not having that issue any more. It usually occurred if I was going for a ride, decided to stop at shops, get petrol nearby, it wouldn't start. Felt like there wasn't enough charge left in the battery to start until I'd ride awhile. Lithium battery works a treat for me and my G650

My BMW 650 has the same problem. I purchased a kit from Rusty at MAX BMW. Kit costs $54.00 plus shipping. Should not be a problem to install on the exhaust cam area. 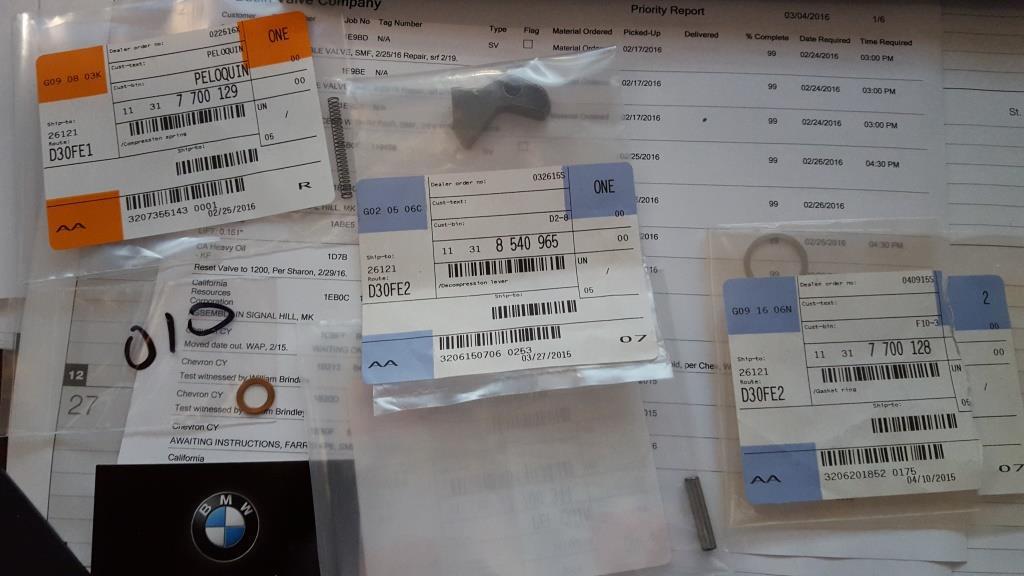 Here is the kit that MAX BMW sent me. I hope it works.

Not the answer you're looking for? Browse other questions tagged engine motorcycle starting bmw or ask your own question.

4
2001 honda civic failing to start when hot
3
Car starts with push start but not with jump leads
5
Slower Engine Start When "Cold"
7
BMW 530xd e60 2008 diesel engine turns but won't start
3
Why does my engine hesitate when I first start?
2
Car not starting after few kilometers of driving (Chevy Cruze 1.8L 2011)
6
How can I move my push-to-start car with the starter?
2
Kawasaki Ninja 300 ABS 2013 not starting troubleshooting (lights off and clicking noise, starter won't turn)