After driving some time, is it normal that the plastic spillover coolant tank, usually attached to the fan housing, that takes boiling overflow, get so hot that you get bubbles boiling out of it even though the engine itself, according to the temperature gauge on the dashboard, does not get overheated? Is it an indicator that the engine borderlines overheating? Or is it a normal occurrence to have it boil?

I just recently had some overheating issues on my 4wd Tacoma and, after replacing the thermostat, water pump and radiator cap, the truck drives fine WITH JUST TAP WATER IN THE COOLANT SYSTEM (which I will replace with real coolant after I'm done testing) but, when I check the coolant spillover tank right after driving, I see it mildly boiling and I'm curious if that's a sign of potentially more overheating or is normal. So maybe I thought it was getting to a simmering point because it's just water and not 50/50 mix. 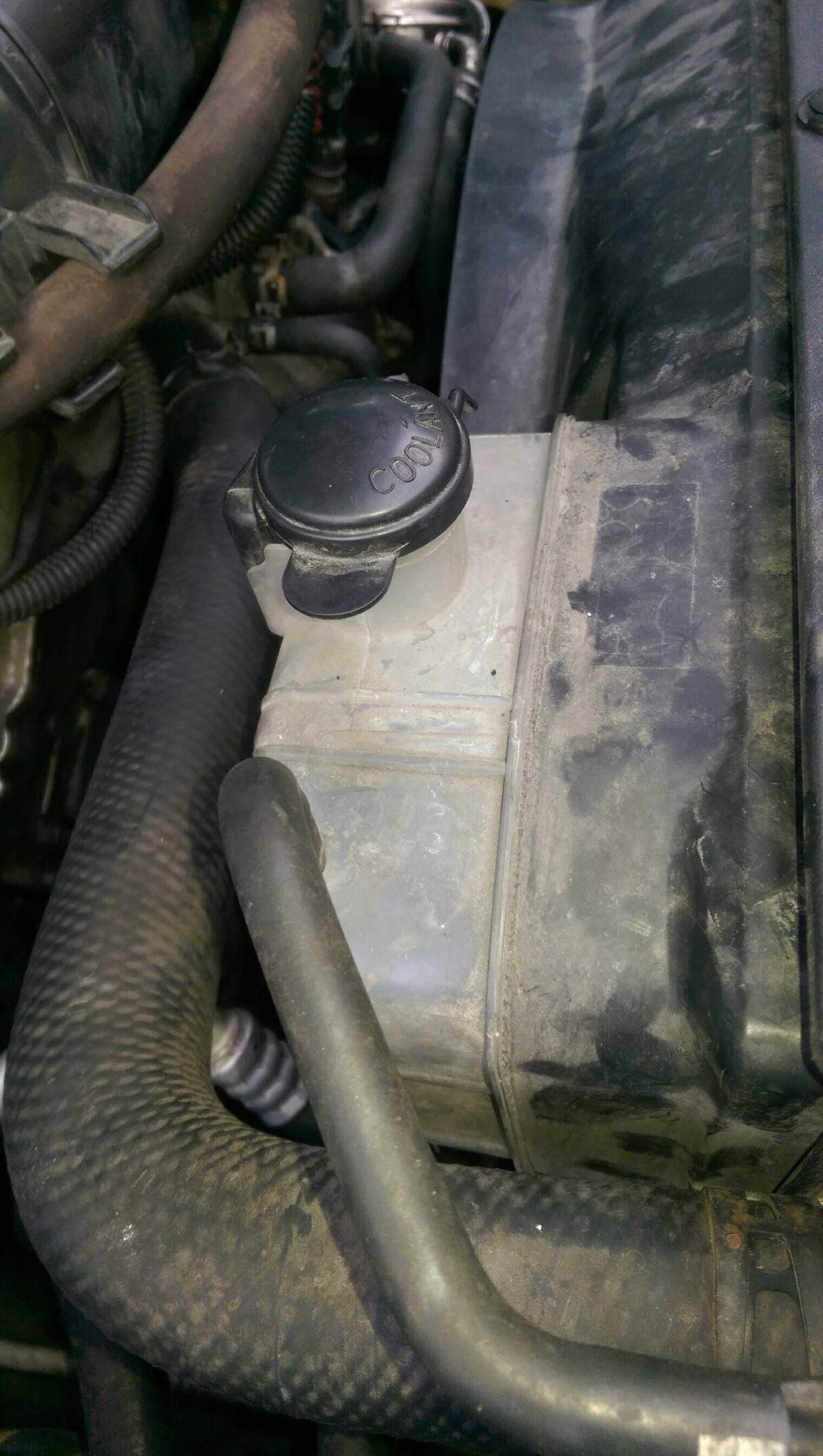 What you are describing is usually caused by a weak radiator cap. Weak meaning it is no longer holding the pressure which is needed inside the system. Since you said you just replaced the cap, having just water in the system will lower the boiling point and may cause over pressure in the system. You'll also want to ensure you have the entire system burped of all air, which also causes hot spots inside the engine. Easiest way to do this is to fill it from the radiator with the front of the truck pointing uphill.

When you do get this fixed, you'll need to ensure you drain the entire system to get the tap water out. Then you'll want to refill with 50/50 mix which utilizes distilled water instead of tap water, which will introduce minerals and contaminants into the system which degrades it over time.

I had the same problem with my car and finally it was the Thermostat who was the culprit, it was not working properly and due to that even when the engine was heating up it did't start the Cooling fan and then ended up with the lots of heat and pressure and due to that coolalnt fluid overflows. Now I got the Thermostat replaced and its first day and i did't experience the same problem again and hoping it should run successfully now. ~Sanjiv