What is the difference between a 180° V4 and a true boxer motor?

Reading this thread which talks about V4 motors, I am wondering what exactly is the difference between a 180° V4 motor you'd find in a Subaru and a true boxer (or horizontally opposed) flat 4 cylinder?

tl;dr: In common usage, there isn't a difference. The Subaru flat-4 is a boxer.

Here's a lovely picture that I found on the Manchester Subaru site (I'm not a customer but I'm always encouraged when a dealer is willing to provide useful technical material!): 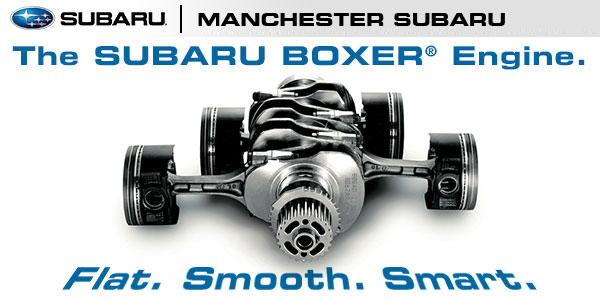 Getting into the technical details (see the great Wikipedia entry on flat engines):

True boxers have each crankpin controlling only one piston/cylinder while the 180° engines, which superficially appear very similar, share crankpins. The 180° engine, which may be thought of as a type of V engine, is quite uncommon as it has all of the disadvantages of a flat engine, and few of the advantages.

You have to look closely at the image above but you can see that the pistons are not sharing crank pins. In the image below we can see a true 180 degree V6 (on the left with shared crank pins) compared to a boxer flat-6 (on the right with individual crank pins as in the Subaru). 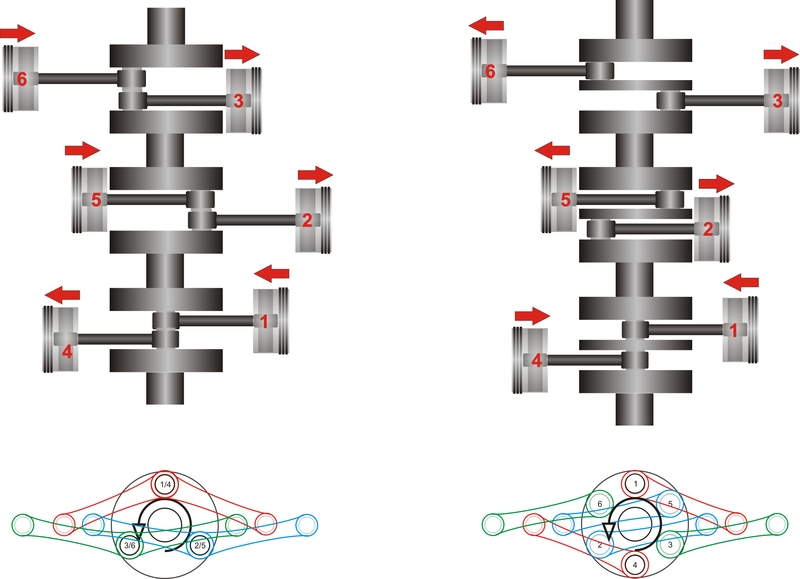 As stated in the article, however, the 180 degree V4 is quite uncommon due to its technical limitations. Note those arrows in the left-hand diagram: instead of having opposing pistons box each other (somewhat cancelling vibration), they would be reinforcing each other. This would cause a truly distressing torque of the whole engine around the vertical axis, with the direction changing every half rotation of the crankshaft.

As the 180 degree V4 with shared crank pins is so uncommon, the flat-4 boxer effectively takes its place in terms of "what would you do if you need to increase the angle to 180 degrees?" Therefore, in the common usage we consider a 180 degree V4 and a flat-4 to be effectively the same thing.

I would like to add that only TWO companies in the world manufacture boxer engines: Subaru and a German brand. The reason is that they are complex to manufacture. Also, Subaru uses a chain to time their overhead valves, most companies prefer belts to time.

The difference in a 180° crank and a "normal" engine crankshaft (cross-plane) is the position of the rod journals.

A standard 4 cylinder crank is a simple example of a flat-plane crank. Both the Subaru and VW Beetle air cooled are flat-planes, or 180° cranks, and are "boxers".

Yamaha went to a cross-plane in their R1 4 cylinder to smooth the engine.

Not the answer you're looking for? Browse other questions tagged engine engine-theory boxer or ask your own question.

11
Why did V4 engines never take off?

37
Changing Firing Order in a 4 Cylinder Car
7
2.5L four-cylinder able to tow 2,700lbs?
5
oil level on dipstick
11
What Can I Learn From Exhaust Manifold Temps?
8
Do air filters purify air better with age?
4
GM's "Quad 4" Engine
2
What is the purpose of DEF in VW?
2
Difference between banks for AFR & O2 sensor values
0
What is the difference between flushing and draining? And can flushing be a bad idea?