How to find and access the actual terminals of car battery

2013 Honda Civic here. I need to disconnect my car battery so that I can clean off some corrosion. Here are the pics: 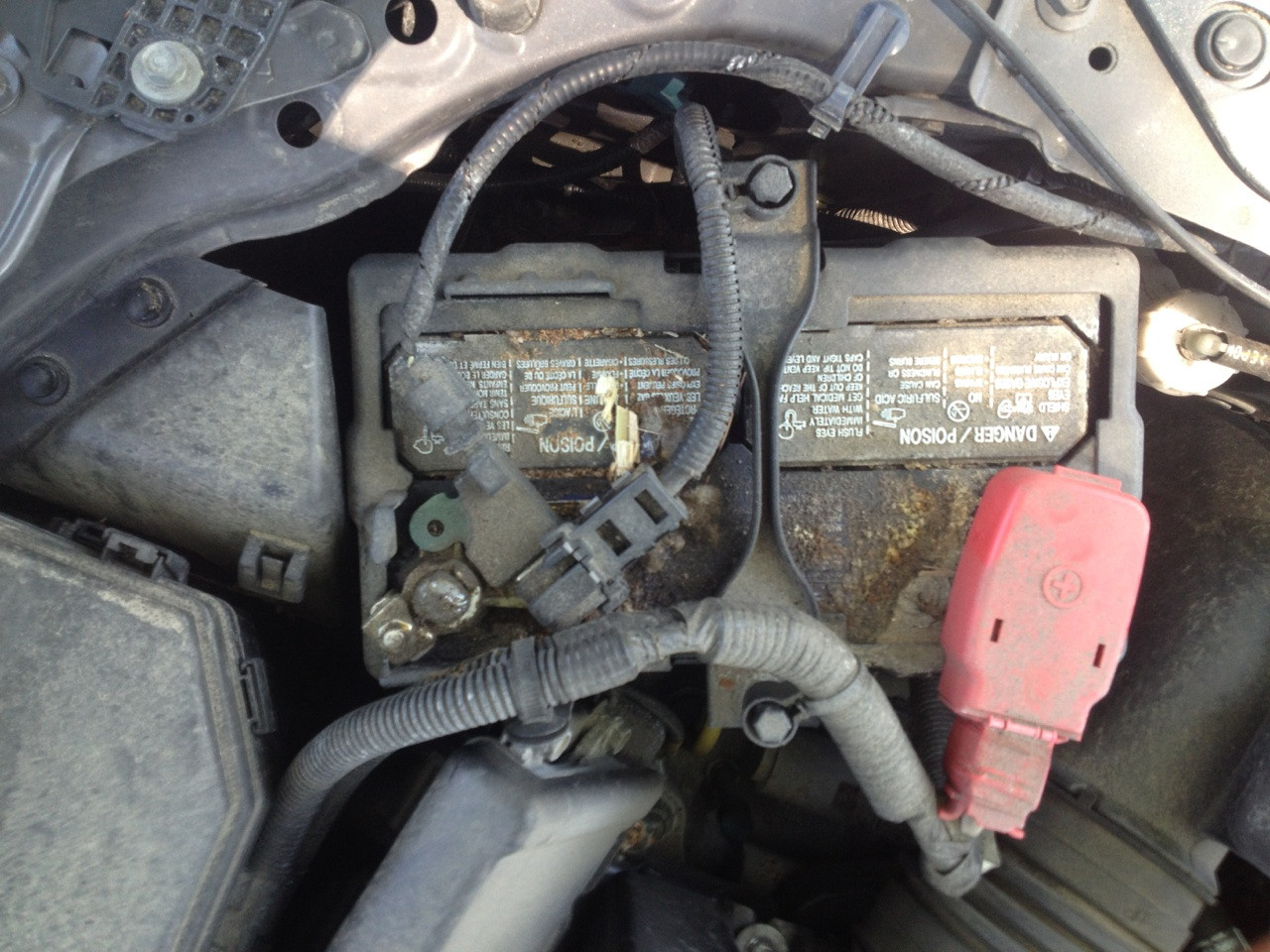 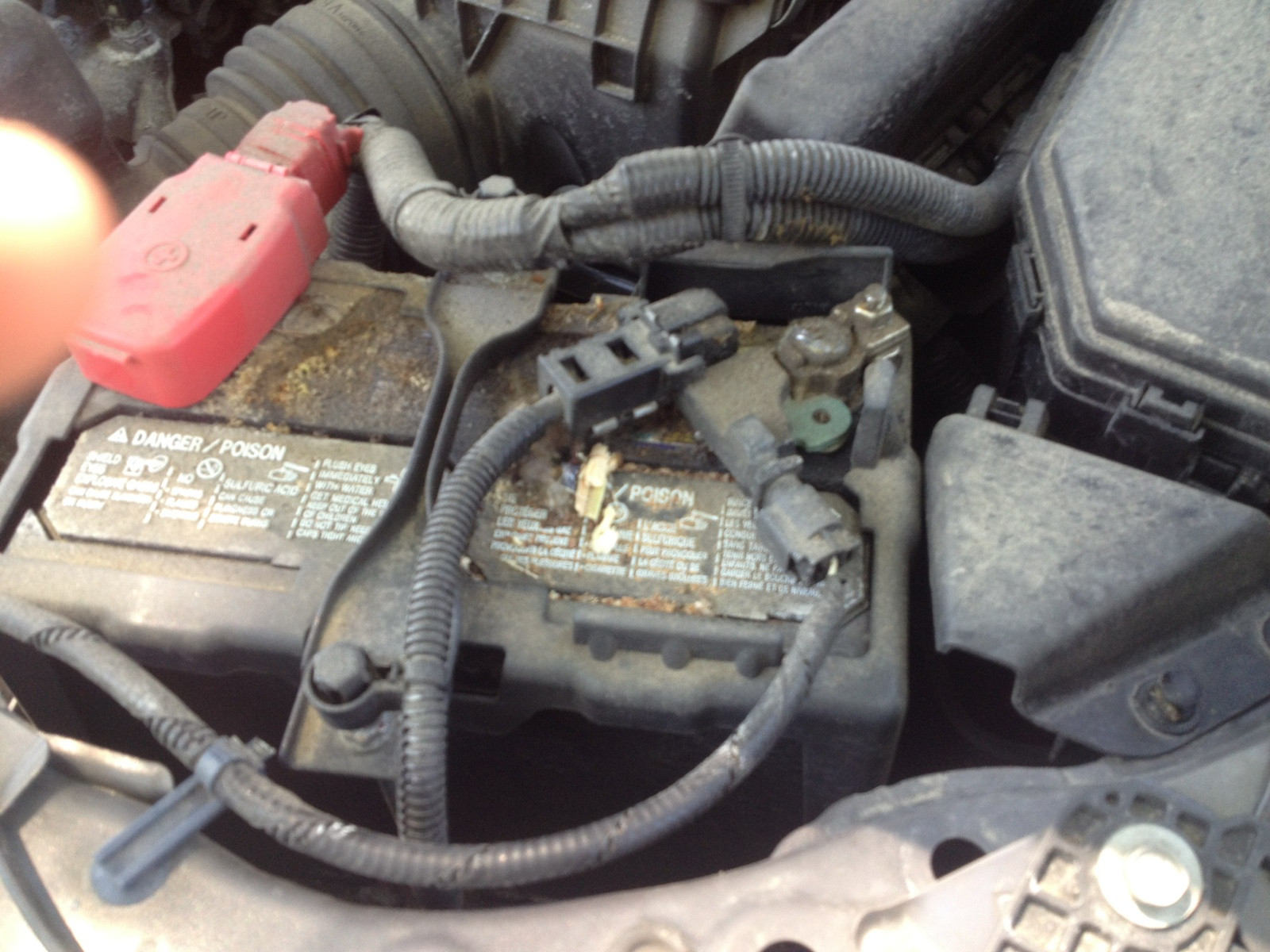 Obviously the positive terminal is under the big red cap with the plus sign ("+") on it. However there seem to be multiple locations where the black negative terminal could be located, and quite frankly I'm afraid to touch anything while I know its a live circuit. So I ask:

battery civic corrosion
Share
Improve this question
asked May 17 '15 at 18:11

Here's some quick art work to help you figure things out: 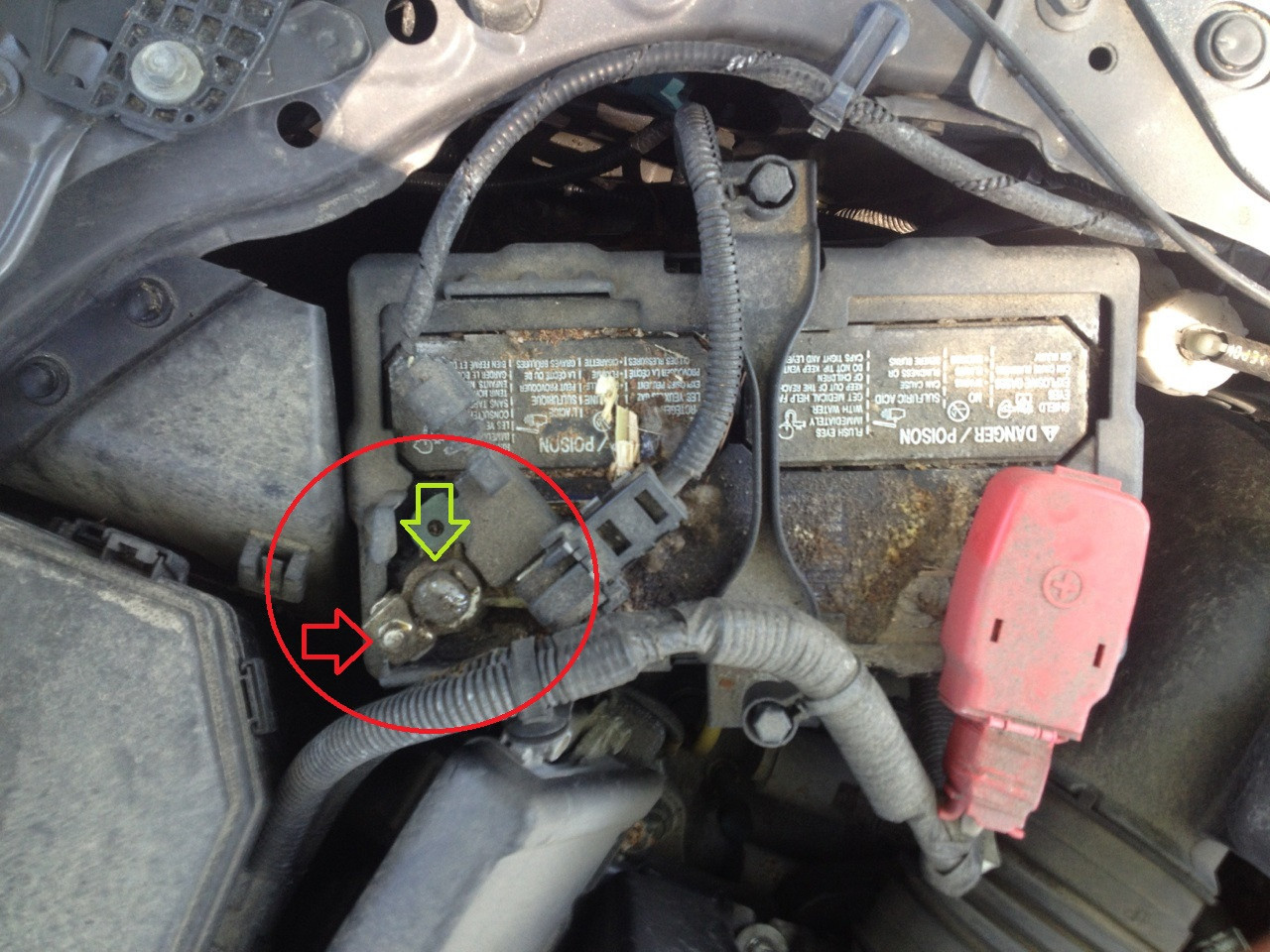 The red circled area is where the negative terminal is at. Specifically the green arrow is pointing at it. You should be able to loosen the nut at the red arrow to gain access to the post to get the clamp off of it.

As for what you can touch and what you cannot, this really isn't a problem, as you can theoretically touch any of it without issue. What you don't want to do is touch somethings at the same time. This can lead to issues. What you want to do to remove the battery safely, is to disconnect the negative lead of the battery (the circled area), then you can disconnect positive side (side with the red cap covering it). The reason for this is simple. With a negatively grounded car (this is important because there are some cars with a positive ground), if you were to loosen the clamp on the positive side first and touched a metal wrench to something which was grounded, you'd cause all kinds of sparks from arcing. This could potentially ignite any hydrogen gas which may have emanated from the battery as well as cause yourself some serious burns. Remember to remove any rings/watches/jewelry which may conduct electricity. I've seen some nasty photos of those who haven't heeded that warning and suffered the price of losing a finger because of it.

To reconnect, do so in the opposite direction (positive first, then negative).

Not the answer you're looking for? Browse other questions tagged battery civic corrosion or ask your own question.

7
Removing a car battery - order of wires explanation
20
Should negative trickle charger clips be attached to the battery negative terminal, or ground?
10
Why do attempts to charge a flat car battery with an electronic battery pack give results as if there's a short circuit?
5
How should I properly connect a high-current accessory?
4
Car battery back to front (positive on front left) - problem?
2
How to troubleshoot Intermittent Battery Light Issue in 2003 Honda Civic?
3
Car battery disconnection for charging
1
2009 Suzuki LS650 Battery Problem/Question
1
12v car battery isolator switch keeps blowing