I found this tutorial on pre-bleeding but it is generic (not vehicle specific) and I think there are differences between the cylinder it uses and Tacoma's, which makes it hard to translate the instructions practically. The main difference is, I think, that his cylinder has the tank mounted on it directly whereas Tacoma's has a hose that feeds the fluid to it from the brake fluid tank, making it difficult to keep the tank on and topped off like it is suggesting.

As can be seen in the picture below, my master cylinder has an intake nozzle that the rubber hose gets clamped onto. I experimented trying to pour the fluid directly inside (by taking the the white nozzle cap off) and the fluid was coming inside very, very slowly, as though the nozzle was clogged, with tiny bubbles coming out. I also wanted to see whether there was cloggage or something (it's a brand new cylinder) cause I was trying to bleed it while it was installed (I took it out since) but the fluid was just not coming in. I also tried venting the slave cylinder but, as I was pumping the clutch pedal, nothing was coming out of there after some initial emulsified spray. 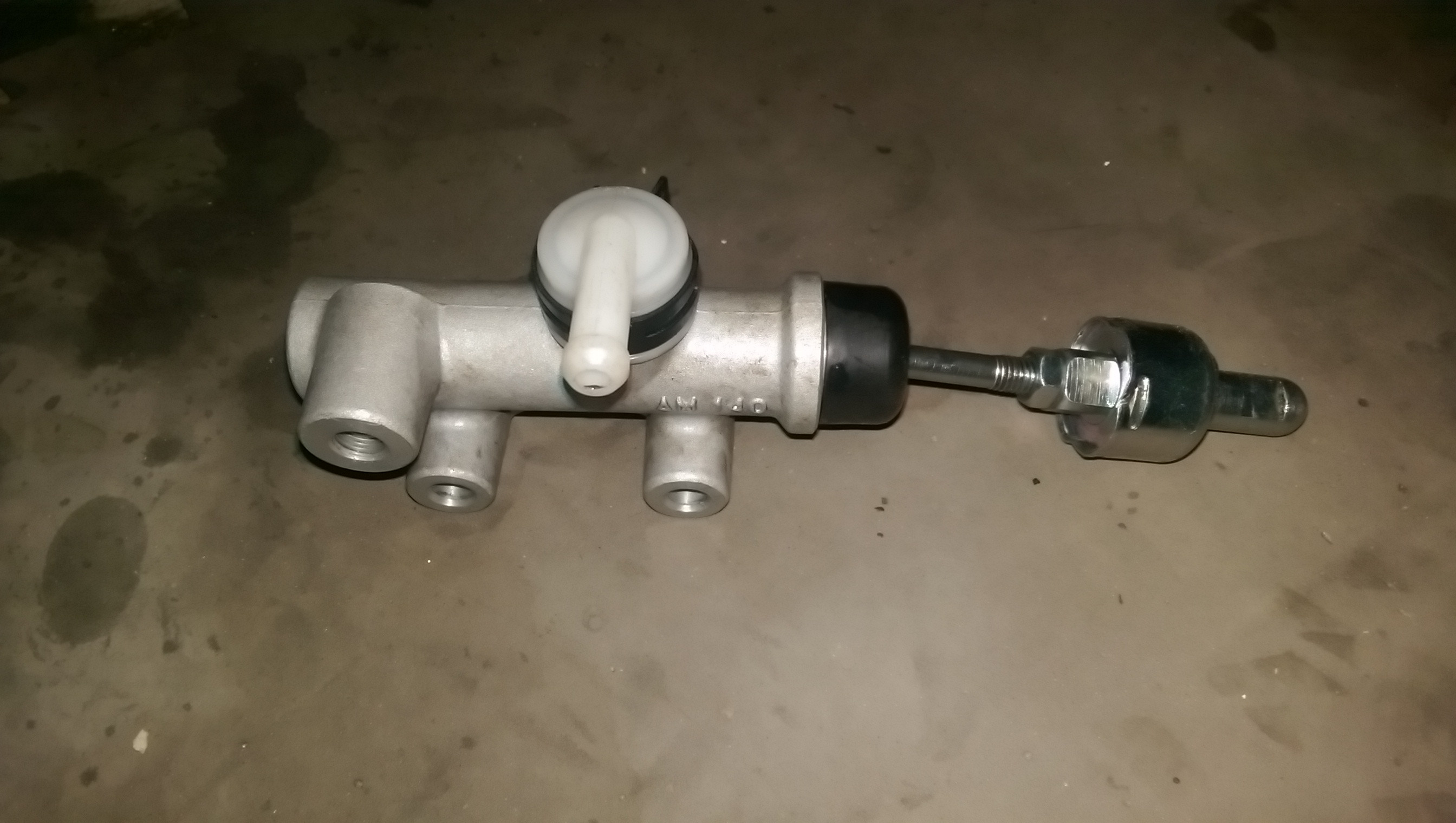 No mater how much I would pump the pedal (and the cylinder plunger was properly mounted on it), the cylinder seemed not to be sucking the fluid in from the hose. Which is perhaps explained by the bolded statement above about the experiment with pouring the fluid in directly. However, this is just a speculation.

BONUS QUESTION: How is the master cylinder nozzle designed to allow the fluid to only come inside without pumping it out in reverse upon the pumping action? Does that design explain why the fluid is so slow to come in (as described in the experiment).

Here is a standard procedure. You may need to use a vacuum hand pump to 'prime' the master cylinder. I have encountered the issue you are describing and the luxury of having a mighty vac to pull the brake fluid through the system. Once the master cylinder is primed, it becomes much easier and you begin to get traction on getting the air out and having the master cylinder actually act as a pump.

The bleeding procedure is the same as it would be for a hydraulic brake system.

There is a nipple on the master cylinder to bleed out fluid and air, same as a brake caliper. 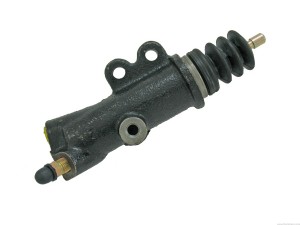 Here is an image of a hand held vacuum pump that many auto stores would carry a version of.

This image of a mighty vac handheld pump is in referrence to alternate method of bleeding the hydraulic system. Using this vacuum pump has a different procedure than described above. To use the pump you would put the vacuum line from the handheld pump on the brass nipple on the master cylinder image and open the nipple/valve. You would then use the pump to suck fluid through the system and dispense of the air. 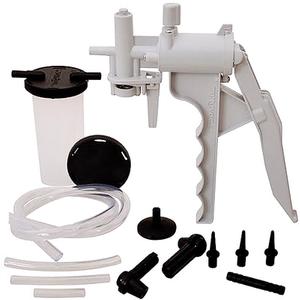 Here is an image of a cutaway master cylinder.

As you can see, it acts as a one way valve after the plunger passes the gravity fed fluid delivery in the bottom of the reservoir. Once that point is passed it hydraulically compressing the fluid to displace a piston in either brake caliper or a clutch which is actually actuating whatever component the engineers want it to. Upon retraction of the plungers the piston is able to pull back and any fluid that needs to be displaced back into the reservoir can have a path to it.

BE SURE THE RESERVOIR ALWAYS HAS BRAKE FLUID IN IT WHILE YOU ARE BLEEDING.

Not the answer you're looking for? Browse other questions tagged clutch brake-fluid clutch-cylinder tacoma or ask your own question.

2
New clutch master cylinder not filling with fluid after replacement