I have a 2003 Ford escape and it kept shutting off when I would leave it running with the Ac for a while. Later on the time my battery light turned on so I figured I needed to charge my battery so I took it over to O'Rileys to get it checked they said "the battery was no good" so I had no choice but to buy a new one. I replaced it and installed my new battery for the same issue to still be there. My battery light is still ON. When I unplugged the positive charge off the battery My truck turns completely off....

If this is a 4-cylinder engine, there is a trick to replacing the alternator without taking the passenger side wheel off and removing a ton of stuff (as suggested in most directions I've read). 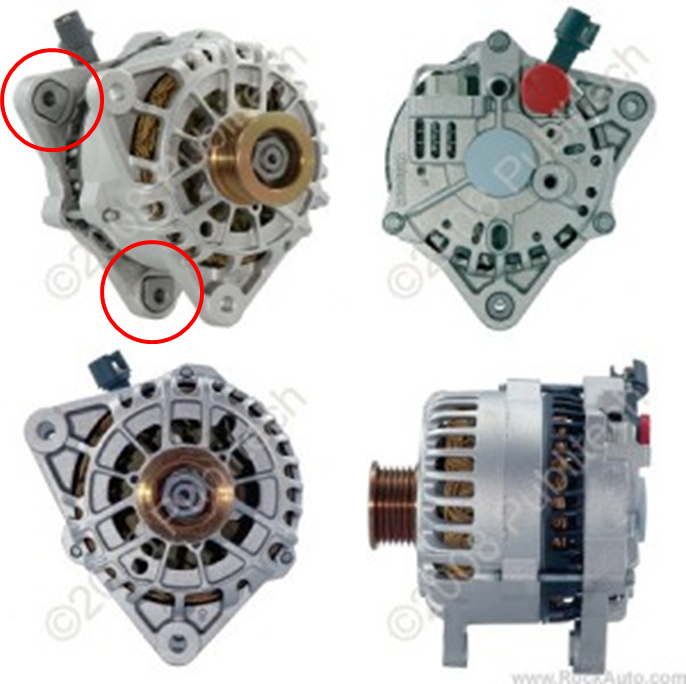 The V6 version looks much more straight forward to remove, though I've not done it myself. There appears to be three bolts holding it in, which should be fairly easily accessed.

Not the answer you're looking for? Browse other questions tagged ford battery escape or ask your own question.

2
Having Trouble with my 2003 Ford Escape oil light and coolant light
6
Battery won't hold a charge. 2001 Ford Mustang
4
Battery light flashing after alternator install on 2004 Ford Escape
6
Why would I need to press down black and red cables after replacing battery?
2
2008 Ford Escape hybrid brake and computer problem
2
Ignition turning engine over when key is off
3
2008 Ford Escape takes longer to shift into 3rd or 4th gear? Then high rpm at 100km/hr
1
Engine will not start after battery and terminal replacement
1
Why my battery won't charge
1
Battery and lights flickering