How much to replace shocks and struts for a 2010 Chevy Aveo?

I had my safety inspection done today? The mechanic says that my shocks and struts need replacing. In order to prove it to me, he pushed the left tire up and down which caused the thing in the picture bellow to move up and down with it. 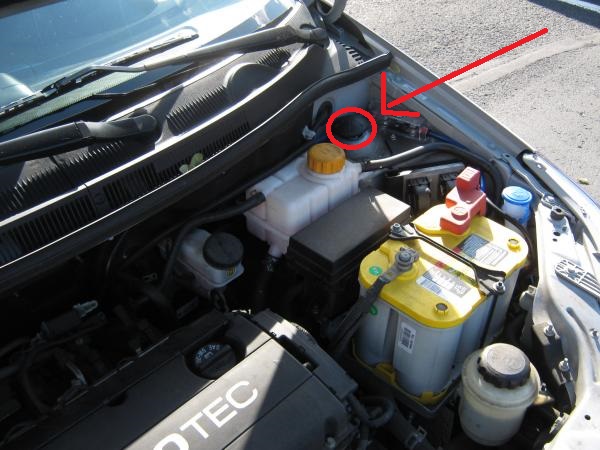 Is that a valid sign that they need replacing? I also looked up online and it appears that replacing is common every 50,000 miles or so. Is that true? My Chevy has 54,000 miles on it.

I haven't had time to research your state, but you should be able to look up the requirements on your state DMV website. The state standards vary wildly so you will have to check your state specifically. In NC they have to be really bad to fail inspection, but again in your state it depends on what the standards are.

Without actually seeing what was moving it's hard to say. Could you post a video?

After some research on your model car it seems there is a problem with the upper spring seat on the front struts. Based on your information it looks like this may apply to you.

Some customers may comment on a clunk or thump noise coming from the front suspension while driving over rough road surfaces. This noise will typically occur when the front suspension is returning to the upward position after a hard downward stroke, such as after driving through a large rut or pothole.

This condition may be caused by the jounce bumper slamming into the upper spring seat because it is not retained in the correct up position. The jounce bumper loses position due to oil being deposited onto its retention fingers. The oil is from the strut leaking.

Inspect the front strut(s) for evidence of oil. The leak may be slight but will still cause the concern. If oil is present, replace the affected strut, jounce bumper and dust boot (shield). Before reassembling the strut assembly, glue the new jounce bumper and new dust boot (shield) to the upper spring seat using the steps listed below. To further confirm this concern, the shield/bumper will easily slide up and down the strut shaft. 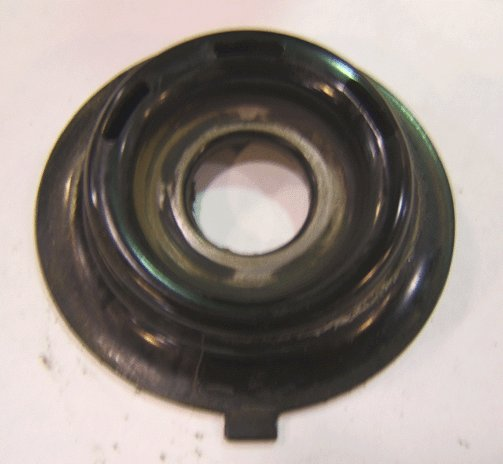 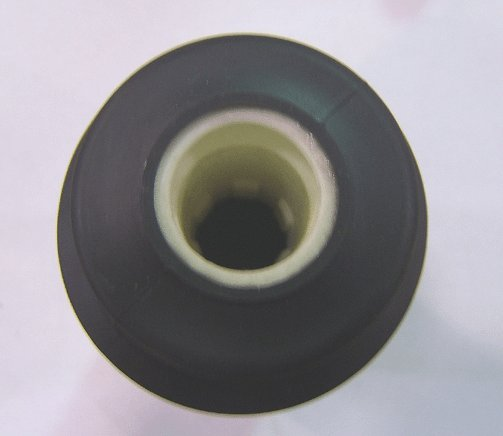 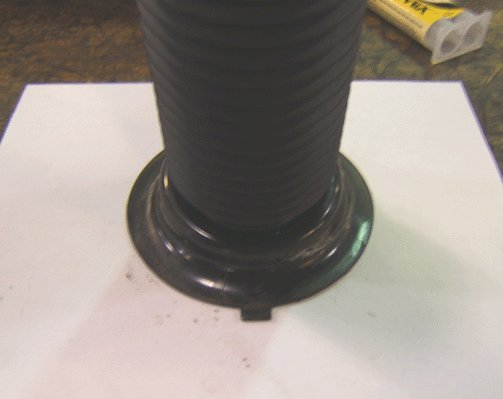 For part numbers and usage of the strut, see Strut Kit in Group 07.345 of the appropriate Parts Catalog.

For part numbers and usage of the boot/shield, see Strut Boot/Shield in Group 07.371 of the appropriate Parts Catalog.

For part numbers and usage of the bumper, see Strut Bumper in Group 07.395 of the appropriate Parts Catalog.

The shock absorbers do much more in a vehicle than just provide a comfortable ride. They are crucial to the stability of the vehicle, as I'm sure you know. They affect/prevent body roll, pitch, braking distance, etc, etc.

If you've got worn shocks and the kids freak out in the back while you're on the freeway, you'll know what I mean!

The part you've highlighted is the top of the suspension assembly for the front tire. The assembly contains the shock and a spring. It sits between the wheel assembly and the body of the vehicle.

If that part you've circled moves visibly at all, it most definitely is time to have them replaced. It sounds like there is structural damage to the strut, since it should not move at all at that point; did you hit a massive pothole or a rock or something?

50,000 miles is a long way if it's town driving, less so for highways/freeways. Nevertheless, it's a good idea to have the shocks and suspension checked every 20k - 25k miles and I would also recommend that you have the shocks replaced every 40k - 50k depending on your type of mileage (town, freeway, etc).

Definitely have it looked at and I would drive very carefully until they are replaced. As for the title of your question, I have no clue as to pricing (being from Africa), sorry. Mahalo!

Not the answer you're looking for?Browse other questions tagged replace shock-absorber struts or ask your own question.

2
Anyone knows of a tutorial on how to remove/replace the radio and AC unit in a 2001 Subaru Legacy?
4
Consequences of failing to replace bad struts and sway bar bushings
11
How Important Are the Rear Shocks / Struts
8
Ohlins Rear Motorcycle Shock - How do I setup, care for and tune it?
1
Mounting new shocks/struts for 2002 Ford Focus SE
1
How long does it take ( and how hard ) to replace front strut and spring assembly on a 2008 CRV?
0
Is car axle and shocks for SUV/pickups and sedans so different?
3
OEM length or shorter-travel shocks/struts for a car with lowered suspension?