Indeed after driving the car, it really is in 3 and not D -- the RPMs run a bit higher than expected and shifting between 3 and D have no effect. It always stays in 3. All the other gears work fine. It is only the D position that reverts to 3. I jiggled the shifter quite a bit between D and 3 positions and could never get it into D.

Does this sound like a transmission problem or some type of simple switch problem with the gear shifter? The D and 3 are very close to each other (you simple move the shift lever horizontal less than an inch to go from D to 3 -- see pic below).

How is the gear shift lever connected to the transmission? Is it a physical cable or are there electronic switches in the shift lever that go to the computer? I’m going to take the gear shift apart this weekend to investigate further. 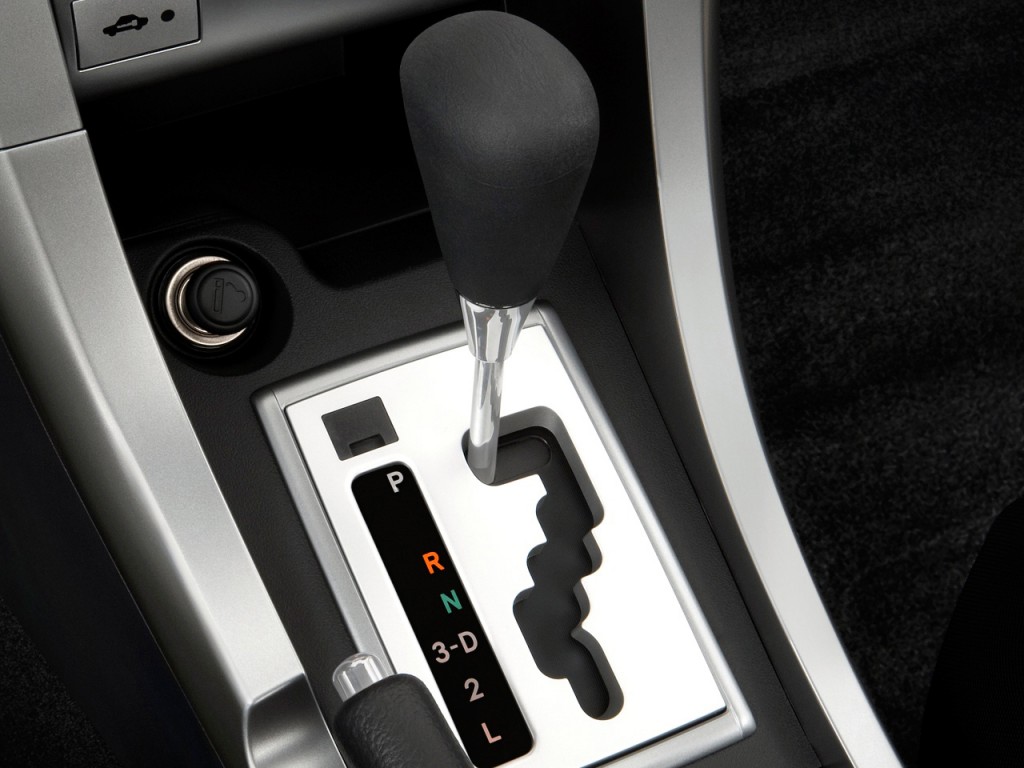 This could be an issue with either of the elements you are talking about (shifter/transmission).

Second, there could be an internal issue with the transmission. Usually, servos are actuated which causes the "gear change" (servos cause bands to lock down on planetaries which in effect changes the ratio at which the final drive sees). If a servo is out, it might not allow your vehicle to change gears as you'd be expecting. If a servo is out, though, I would suspect you'd have a Check Engine Light (CEL) on the dash.

Your vehicle is a 4-speed automatic setup. Where your "D" is at, it's most commonly an over drive (normal drive being 1:1 ratio ... car companies utilize this to decrease engine RPM at speed, thus gaining fuel mileage in the process). I'm not able to find the spec on the tC, but the xB's is 3rd=1:1 and 4th=1:0.70 ratios. I can venture to assume the tC is the same as the xB of the same year (later years have 6-speed transmissions). Anyway, some times, the transmission will not be allowed to shift into O/D (your D) because of some other issue going on with the car. This would suggest there would be a CEL associated with it as well. Even if no dashboard CEL is illuminated, there might be something saved in the computer which would let you know what is going on. I would suggest you have the codes read if you don't find anything wrong with the shifter. This may give you some insight as to what is going on.

I found the service manual for this exact car and the wiring diagram indicated the "Transmission Control Switch" (S6 in the middle of my picture below) inside the gear shift assembly controlled both the dashboard indicator LED and the Engine Control Module through the same wiring connection. This proved it has to be the switch in the gear shifter since the LED was not coming on and it was not going into D.

Luckily I found a cheap (~$60) used gear shift assembly for this exact car on eBay and that fixed the problem. 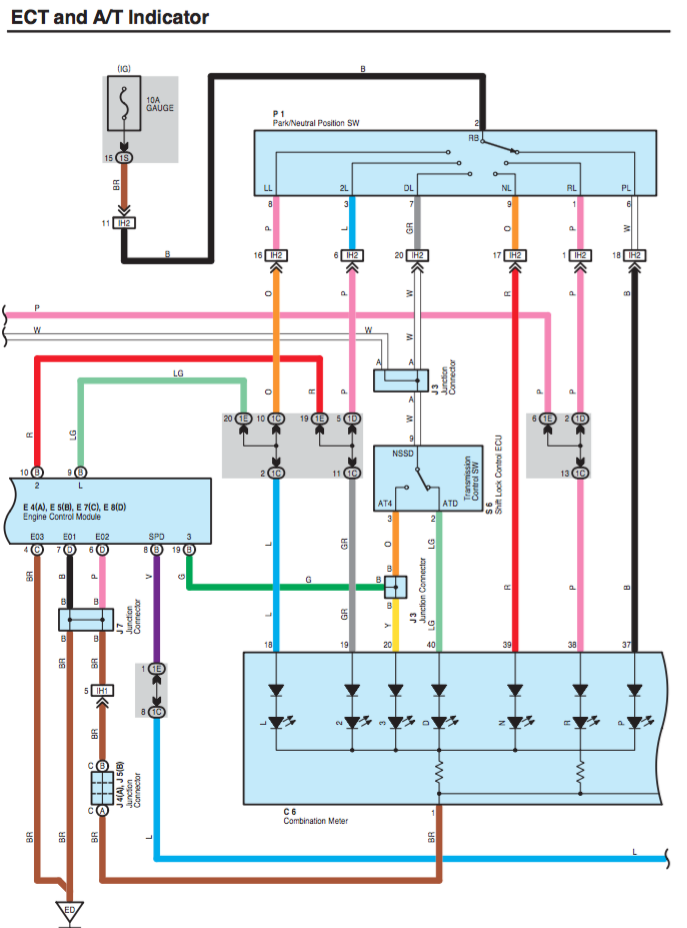 Not the answer you're looking for? Browse other questions tagged automatic-transmission scion or ask your own question.

2
Best way to diagnose and fix a shifter that sticks in park?
3
High idle, not shifting gears - 1995 Mercury Mystique
3
Transmission problems diagnosis
3
Putting an engine in gear with engine off - automatic
1
What happens when you shift from Neutral into Drive while in motion?
0
Transmission on Scion slow to shift out of second gear, but only once