Hi I've got a Citroen C1 1.4HDI rythym. I think that the engine oil is filled too high. I checked the oil after letting the car heat up and having it on a level surface. I took it to a garage where the mechanic told me it was fine, but I am not convinced. I've included pictures of the dipstick: 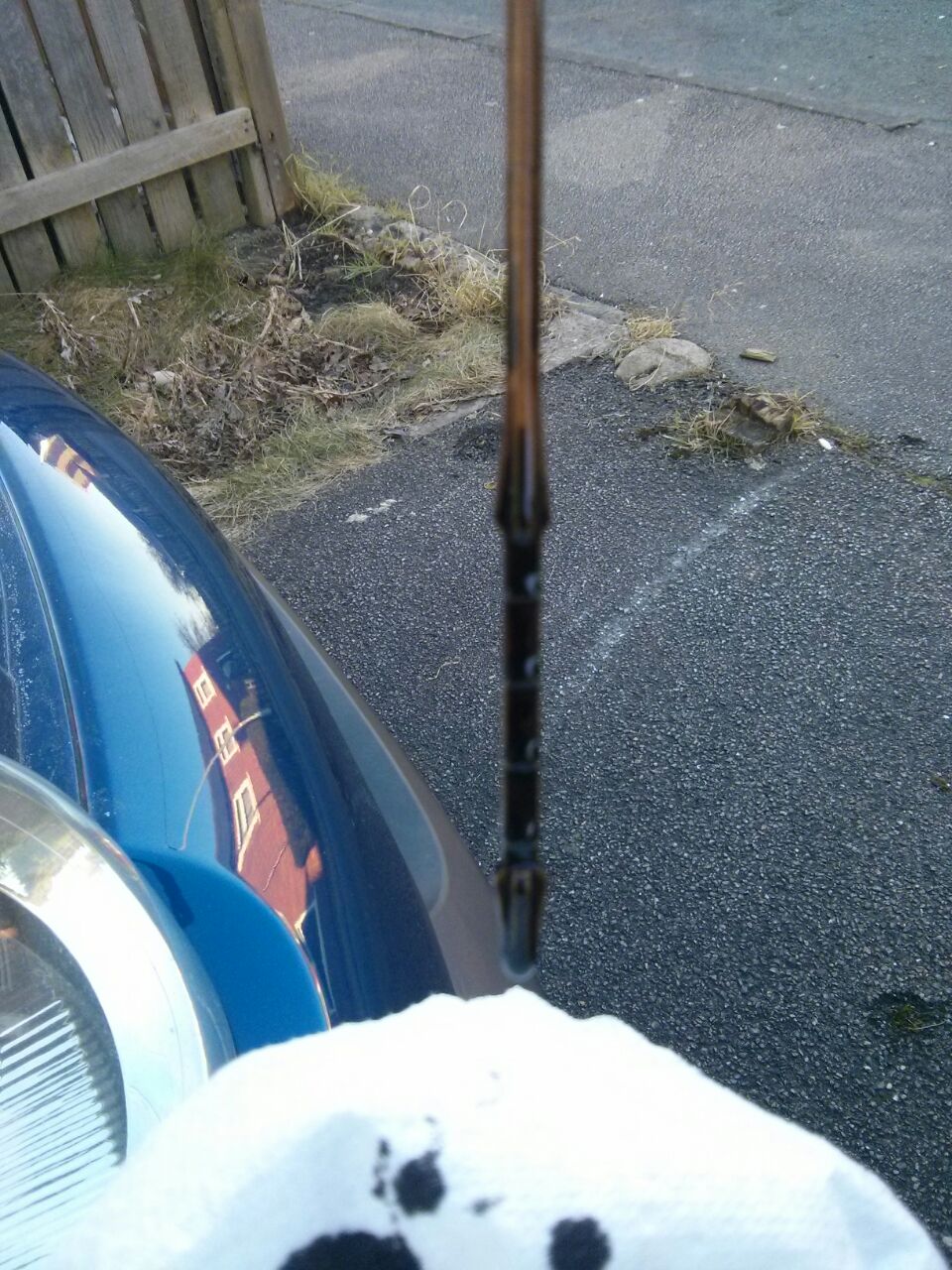 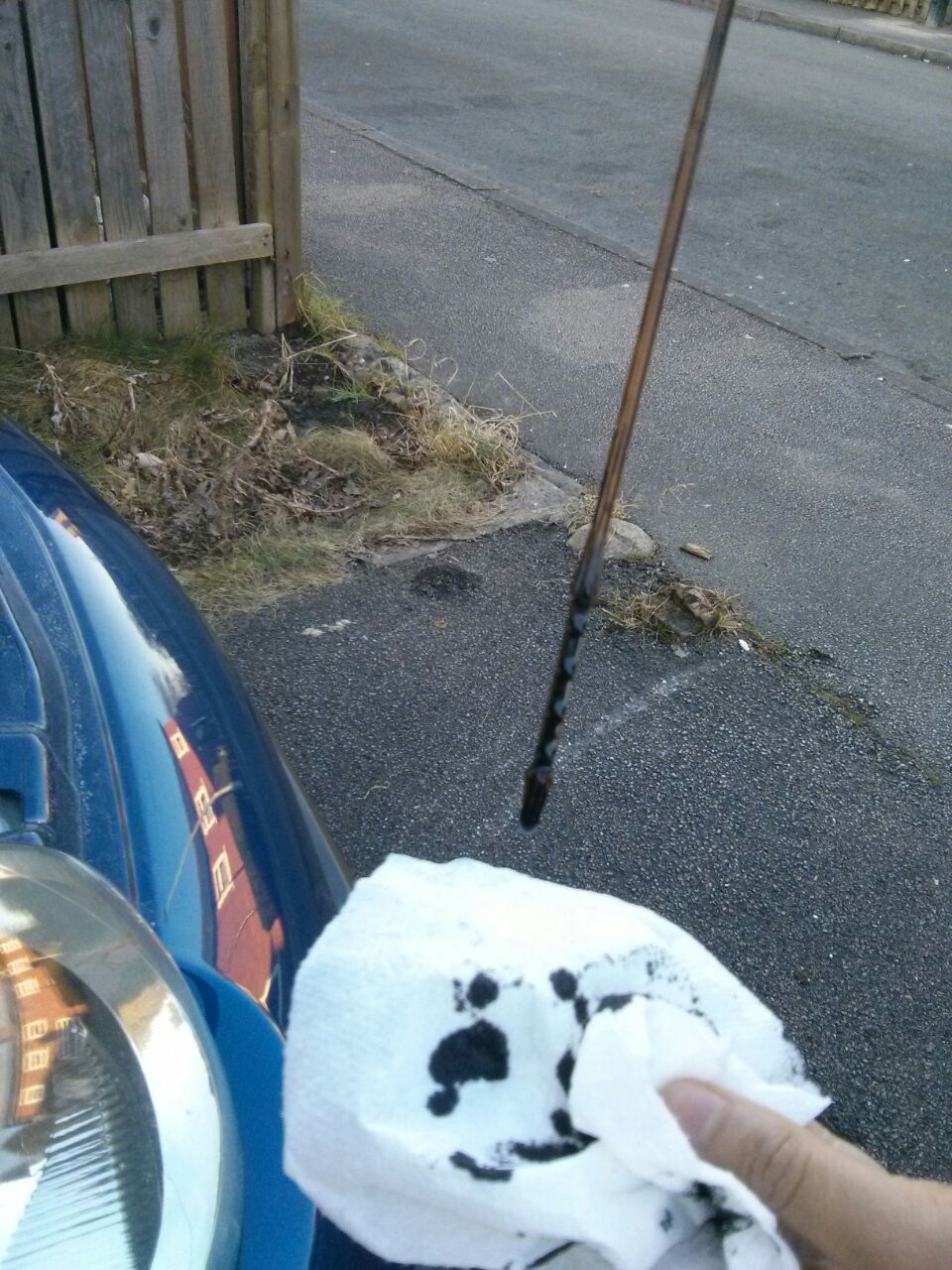 I'm taking it the oil level is where the Blue/Red arrow is at? If so, it should be down between the two green lines. If it is this high, I'd have some drained out. I'm not sure how much this would equate to, but would suggest it's in the arena of around 1/2 quart or liter. While many would think it's not a bad thing to have a little too much oil, it can cause problems, such as the crank shaft/connecting rod hitting the oil as it rotates. This would have a noticeable affect on fuel mileage and on longevity of the rod bearings. Here's my rendered image: 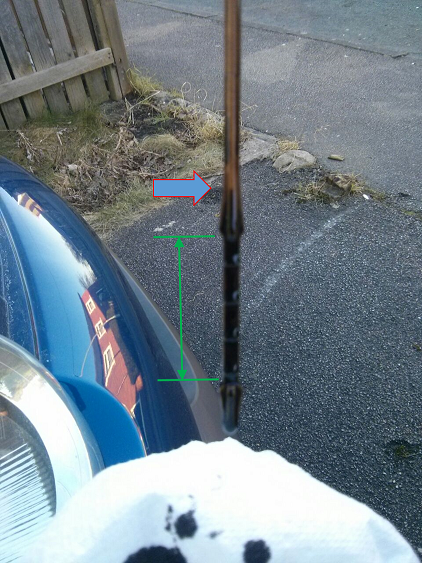 If the oil level is a lot closer (pretty hard to tell in your image) to the top green line, I'd suggest it probably wouldn't be an issue. A little bit of extra oil won't hurt anything, but any more than about an 1/8 quart/liter is probably too much in my approximation. This is not a hard and fast rule, per se ... it's just something I wouldn't allow with my car. Every car is going to be different as far as the maximum tolerance it might withstand ... that is mainly going to depend on how much oil it takes to fill it up in the first place (ie: A semi truck diesel engine holds gallons of oil ... a 1/2 quart extra will not make any difference with it.)

Not the answer you're looking for? Browse other questions tagged oil diesel citroen or ask your own question.

6
High oil warning in Mercedes B class diesel
3
Using vegetable oil to flush engine of gunk
1
BMW E90 318d oil leak
2
Oil change on Volvo turbo
1
Low coolant level and high engine oil in VW
1
2009 Mini JCW low oil does this cause carbon build up?
1
Oil on top layer of coolant Reservoir
2
Why engine oil indicator is turned on while the oil level is high?
2
Why do mechanics switch engine on during oil change?