A loud squeak, which I believe is coming from one of the pulley wheels. The noise begins about 10-15 minutes after starting the engine (ie, after it warms up). The squeak correlates with the engine rpms, and goes away after about 3k rpms. Also, the squeak leaves after driving through water (for a few seconds), so it's in a place where the wheels can kick water. The pitch of the squeak changes if I spin the wheel all the way over in either direction.

It is probably going to be one of your pulley wheels, but I doubt it's the pump. If it's brand new, they usually don't make any noise at all. It is either going to be one of either the idler or tensioner pulleys. And if you don't know which one is which, if you eliminate all of the other pulleys which have things attached to them, you should have one tensioner pulley (is a small spring loaded arm with a pulley). It may or may not have an idler pulley. If it does, it will be the other pulley not connected to anything (like the water pump or alternator, etc), but is not spring loaded (thus the name "idler" because it doesn't do anything but take up slack in the belt). If you still cannot figure it out, here are some pictures - 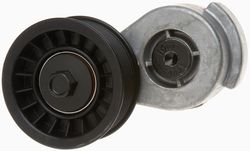 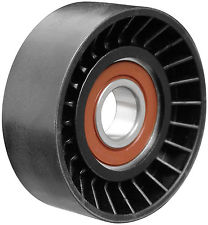 When looking at the two, don't be surprised if they both look the same (the pulleys themselves). More than likely they will actually be the same, the difference being one of them has a swing arm which is under tension, the other will just be attached to a bracket on the engine.

Like I was saying, one of the two is probably going to be bad and this is pretty normal for these pulleys. If you have 212k on the engine and have never changed either one of these, you are in pretty good shape. It should be pretty easy to tell which one is making the noise by taking the belt off then spinning the pulleys by hand ... just wing it around fast and you'll probably hear it.

To take the belt off, you'll need to take up tension on the tensioner pulley. This will allow the belt to loosen and you can pull it off. If you forget the order of how the belt goes around the pulleys, there should be a diagram inside the engine compartment (usually up by the radiator).

If you don't hear anything by the spinning/listening method, you could also possibly feel it as you turn it. It might have a bit of a scratchy feel as you turn it. You also may feel a bit of play in the wheel ... some of them have a lot of play, depending on how worn out they are.

If that doesn't get you which one it is, find yourself a mechanics stethoscope. You can pick one up at Harbor Freight for real cheap. 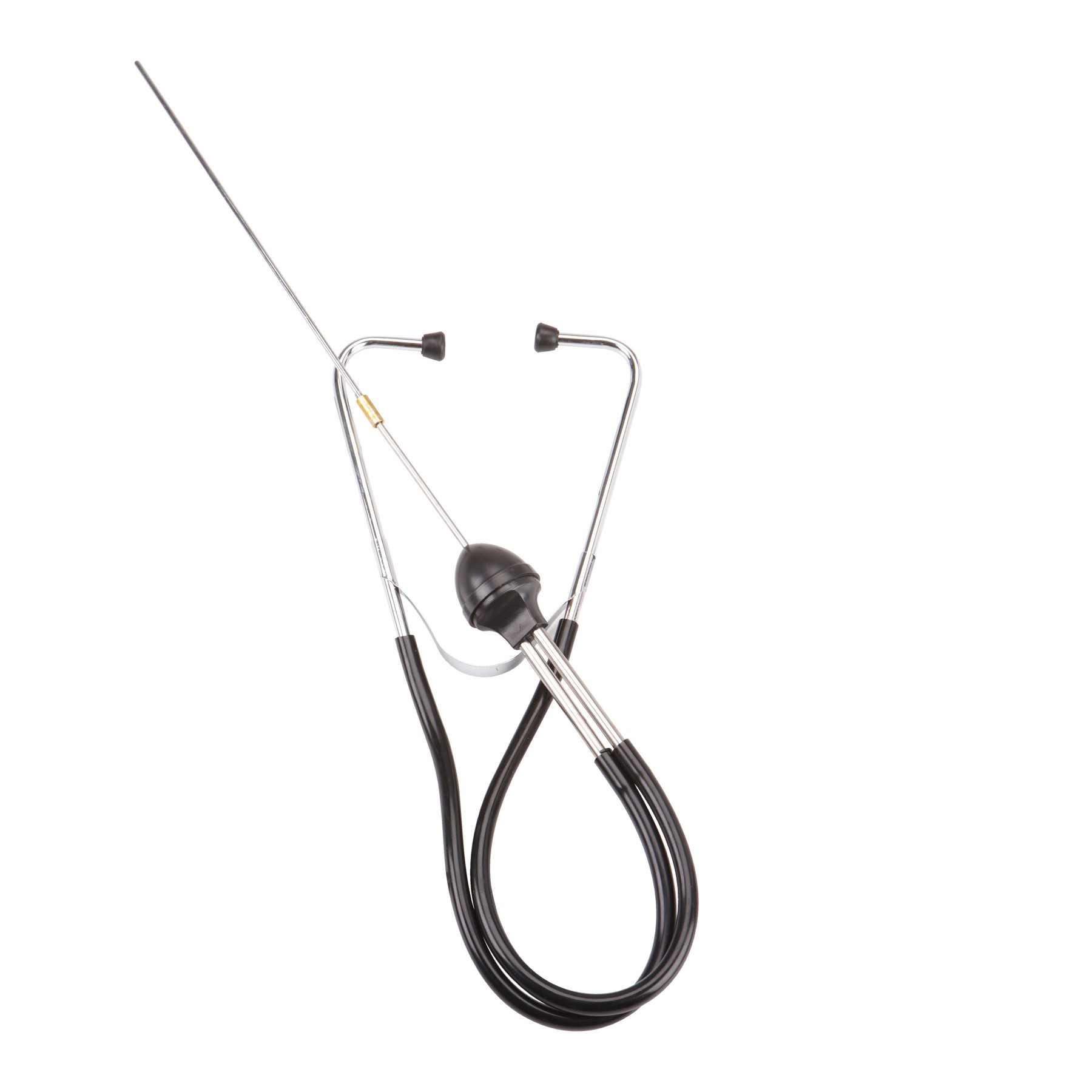 If you don't want to do that, find a very long screwdriver and place the tip of it on the pulley bolt (center of the pulley) and the handle end on your ear (while the vehicle is running with the belt in place) ... yes, if you are not careful with this method, it can be dangerous. Just remember not to have anything hanging like shirt sleeves or a tie. I usually take off rings and watch before working on vehicles ... just think safety. It should be readily apparent when you find which pulley it is, because it will be uber loud in your ear (you can also place it up to your jaw bone someplace close to your ear and you will hear it ... main point is contact with your head so the noise will transfer into your ear).

To stop the squeak temporarily, you can spray some lubricant into the bearings of the pulley. If you choose to do this, try to get as little as possible onto the belts. The best way is to ensure you utilize the little red straw which comes with the spray. I'd suggest to use WD-40, but it won't last very long (probably only a couple of hours of run time, if that). I'd use something a little heavier if available, like possibly some engine oil from a squirt can ... just don't use a lot because it will get everywhere otherwise.

To permanently stop the squeak, you'll need to replace the offending pulley. This is pretty easily accomplished by:

Not the answer you're looking for? Browse other questions tagged troubleshooting noise dodge pulley ram or ask your own question.