I want to get a new tire fitted on my 2003 Suzuki DR650 and removed the rear wheel. Following the manual I took the chain guard off, removed the axle, made the wheel free of chain and brake caliper and slid the wheel out. However by doing so the sprocket fell of the wheel. From looking at manuals and youtube I don't see that happening.

Is it only held in place by the axle? I would not know which of the black blocks was where and which block filled which gap on the weel, is that a problem?

What do I need to look out for for reassembling it?

Take the hard rubber pieces out of the sprocket assembly and put them in the hub. Note that they can only be installed one way. It does not matter if you install them in different locations in the hub.

There should be something in your manual about greasing the parts that run around the axle, usually with NLGI 2.

Then install the sprocket assembly and other components.

The entire assembly is held together with the axle. Take care to get all of the little washers, spacers, and any other bits that were installed back into their proper place, especially the rear brake torque arm.

Tighten the axle nut to the proper spec and install cotter pins.

I know this doesn't relate to the reassembly process, that's been covered in the other answer by Paul. However most of the time, the rear sprocket is not physically attached to the wheel. They are two separate pieces which have rubber inserts between the metal "teeth". The rubber inserts are there for dampening torque from the motor if you let the clutch out too fast or drop the throttle quickly. If the sprocket were bolted directly to the wheel, anytime you applied or removed power, the difference in torque load being applied could be great enough to cause the tire to break free from the the riding surface unexpectedly, which depending in when it happens, could be catastrophic.

As long as those rubber inserts are still pliable and not degrading, they should be fine. They are a consumable part and relatively inexpensive to replace. You will get a smoother power delivery to the rear wheel with new inserts if the old ones are getting hard. 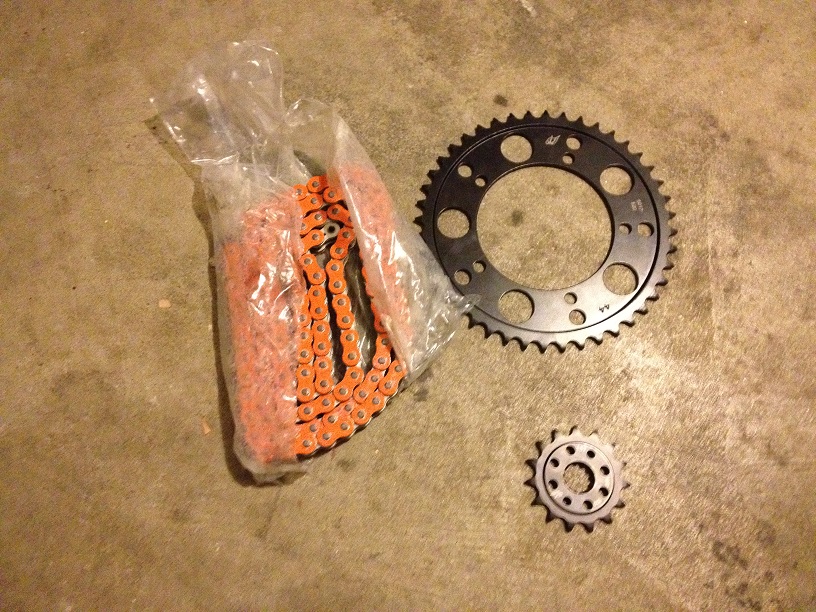 Not the answer you're looking for? Browse other questions tagged motorcycle tires wheels suzuki chain or ask your own question.