Difference between "dumping the clutch" and N->D in an auto?

What's the difference between dumping the clutch, and going from N->D at high RPMs with an automatic transmission?

Will this cause any damage to the vehicle?

Bottom Line Up Front: Basically there is no difference. You will break either type by doing what you describe.

To answer your question of why you shouldn't do neutral drops in an automatic transmission ... consider this:

Internally, the transmission is made up of bands, planetary gears, clutches, steels, sprag units, servos, and at least one pump to move the fluid around. You have a valve body which directs the fluid to flow to the correct places at the correct times, to allow the all of these parts to function together harmoniously. While the transmission is engaged, all of the parts are basically tied together in one form or another (I could go into some basic transmission theory here, but won't bother because it won't answer the question). During this state of togetherness, these parts can handle the stress of the engine. The transmission is designed to be able to transmit, or pass the power/torque through itself, in this state fairly efficiently. When you have the transmission in neutral and are revving your engine, only the front portion of the transmission is engaged. When you then engage the transmission (into drive or whatever gear you select) while the front portion of the transmission is spinning much higher than the rear part, you cause huge amounts of stress on all of the parts which I mention above, which, if stock, are not designed to handle it. You are forcing the transmission parts to absorb a huge amount of stress when it is designed to transmit it. I read a book by a man called Carrol Smith called, Engineer to Win where he talks about metal fatigue, which in its basic sense, applies here. He basically says that metal can take only so much punishment before it fatigues and will fail. Some things are made to take punishment over and over again, but once you push it past its limits, it will fail. You are doing this to your transmission. It may be able to take a few such "hits", but sooner or later it will fail. You are hastening this failure by your actions.

Please note that I'm using descriptive terms in this answer; there is a lot more to the mechanics than I will cover.

tl;dr: Yes. You certainly can damage the vehicle by shifting from N (neutral) into D (drive) when the engine is revving (not idle).

In a manual vehicle, the power from the engine is separated from the gearbox by a rubber-like, sometimes-copper-buttoned, synthetic series of plates. Some vehicles have several plates while cheaper, less-powerful cars will usually have only one. This too, allows slipping to occur between the engine and gearbox.

The clutch performs the same function in both variants. However, in an automatic, it is almost always slipping, even if it's a little. Apply more power, and the clutch gradually slips less, applying the power to the gearbox in a stream, and on through the drive-train to the wheels.

In a manual car, when you release the clutch, the power is engaged and there is very little (if any) slipping. Meaning, all the power is going to the wheels (through the drive-train), unless your clutch is old/worn/faulty. No power is in-transit or in reserve in the slipping process.

By shifting from N straight into D under high RPMs, you are asking the entire drive-train to handle a massive amount of torque and inertia, in a very short space of time. 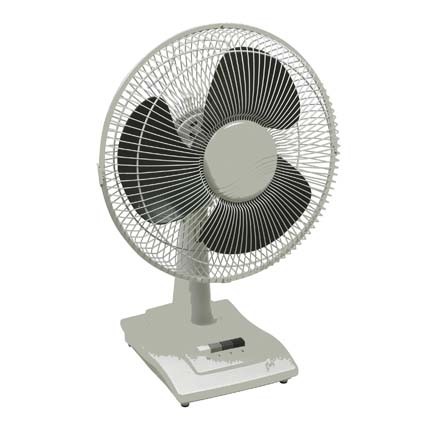 Stopping the blades is easy if you hold on to one, and turn on the power. It might kick, but you'll hold the blades in place pretty easily.

Now turn the fan on and try stopping the blades when they are going at full speed. Same engine power, but it's a different story with all that inertia and motion already going.

There are, obviously, purpose-built transmissions which employ auto or semi-auto functionality in very powerful cars (Ferrari, Bugatti, Maserati, etc.). Those are built using advanced technology than you will not find in less-powerful, entry-level vehicles.

Dumping the clutch in a manual transmission connects the gearbox to the engine's power (in a very sudden way) via the clutch. It does not engage the gear directly while the engine is revving. The clutch helps transition the power from the engine to the gearbox smoothly. It does this by slipping somewhat while the connection is being made.

Put simply, automatic transmissions are just not designed to be engaged while the engine is revving. The one exception is tiptronic-type transmissions, where gears can be changed sequentially while the vehicle is in motion.

You can and almost certainly will damage the vehicle if you use this practice.