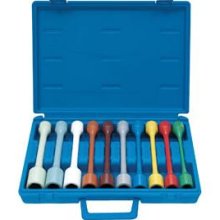 5
New Pads, Rotor, & Caliper; Grinding, Squeaking, and Heat
7
2000 Chevrolet Silverado brakes dragging, 4 new rotors, 4 sets of pads, new e-brake shoes, new front calipers
8
Warped disc rotors again?
4
What would cause brake / tire to wear out on only one side?
1
My brake pads on one wheel only last a month or 2 each time I change them?
1
BMW Steering Wobble & Brakes Warped
2
Camry vibrates when braking
0
Wheel shake 2009 Honda Civic
0
Scuffing Sound From Front Left Brakes After Repair Work
1
Rust on Vehicle Sitting for a couple of months