I'm still trying to figure out if my 1997 Mazda Lantis 323 GLX 1.8L DHOC Manual is OBD 1 or 2. It's supposedly similar to the Protege of the same year and it says on autozone: 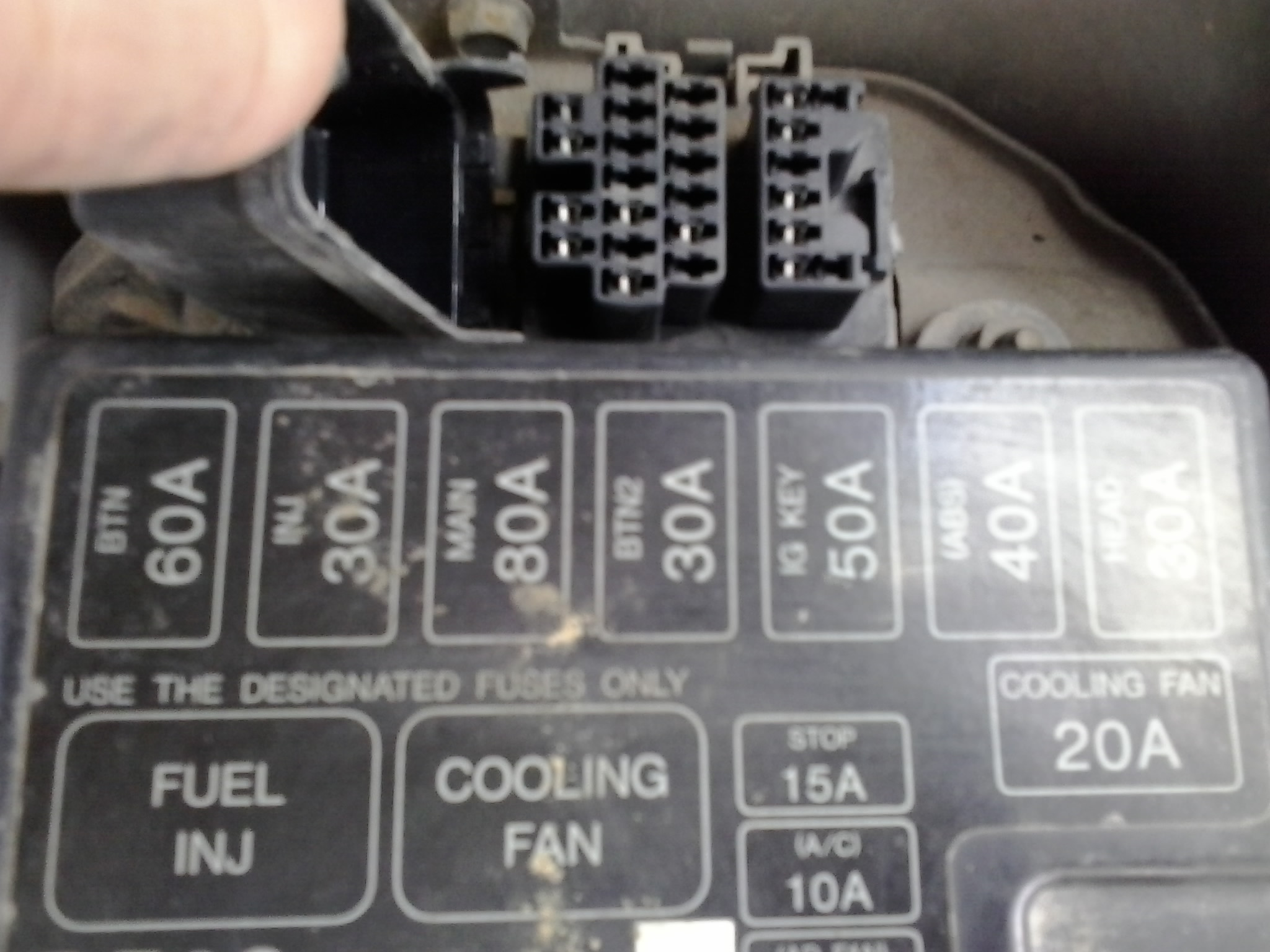 So I spoke with my mechanic who said it's OBD1, but that doesn't really seem correct to me because I took a look at the scanner he uses, the Carman Lite, and it doesn't support OBD1. He uses a Mazda 17 bin to OBD2 adapter cable to connect, and web page for the scanner lists the following protocols:

Further down the page it lists:

So it must be one of these, but I don't know which one...

Here is an article which might help you where you need to go. Non-US vehicles have that funky connector on them instead of the standard OBDII DLC. There are four wires you need to connect from an OBDII style reader to your 17-pin port. One of these two diagrams should be the breakdown: 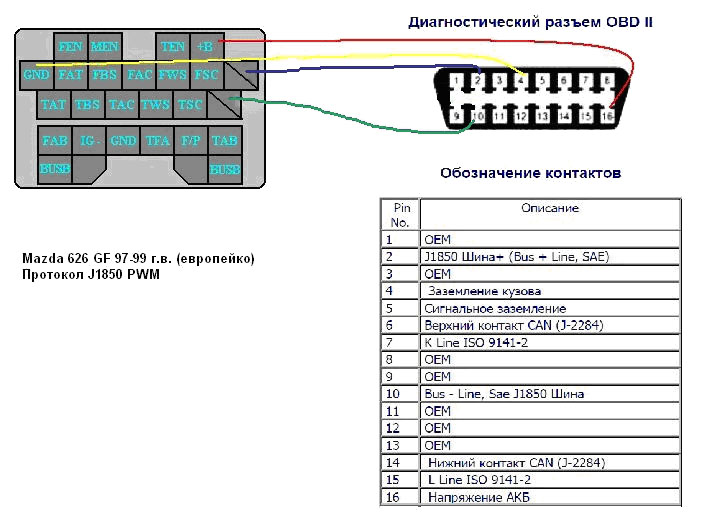 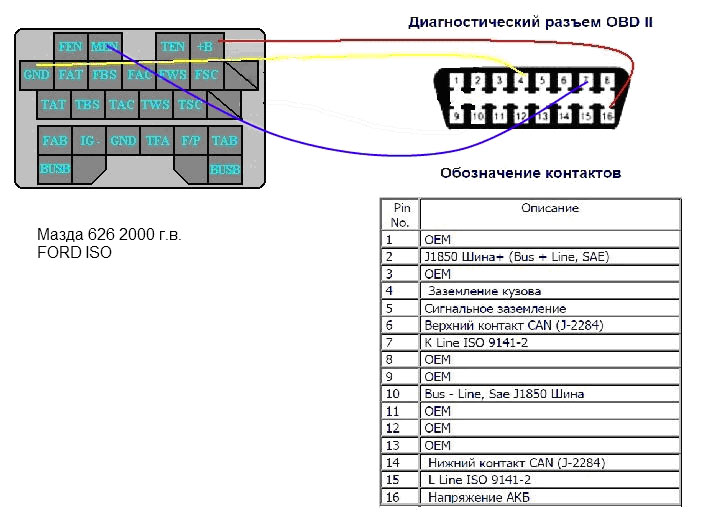 NOTE: I know the writing is Cyrillic, but the pin-out should be evident.

I have a 1994 Mazda B2300 p/u. Engine light comes off and on, I would like to diagnose the problem. The Mazda book says to use a CAN OBDll diagnostic scan tool. The Mazda book also says to use a selector tool 49-B019-9a0 and connect self diagnosis check tool 49-B018-9a1. I need an adaptor to connect from the eec test plug to my OBDll, would appreciate your help. Thanks Dan

Not the answer you're looking for? Browse other questions tagged tools ecu or ask your own question.