I found the following wire unplugged on the drivers side of the engine, next to the water intake from the radiator: 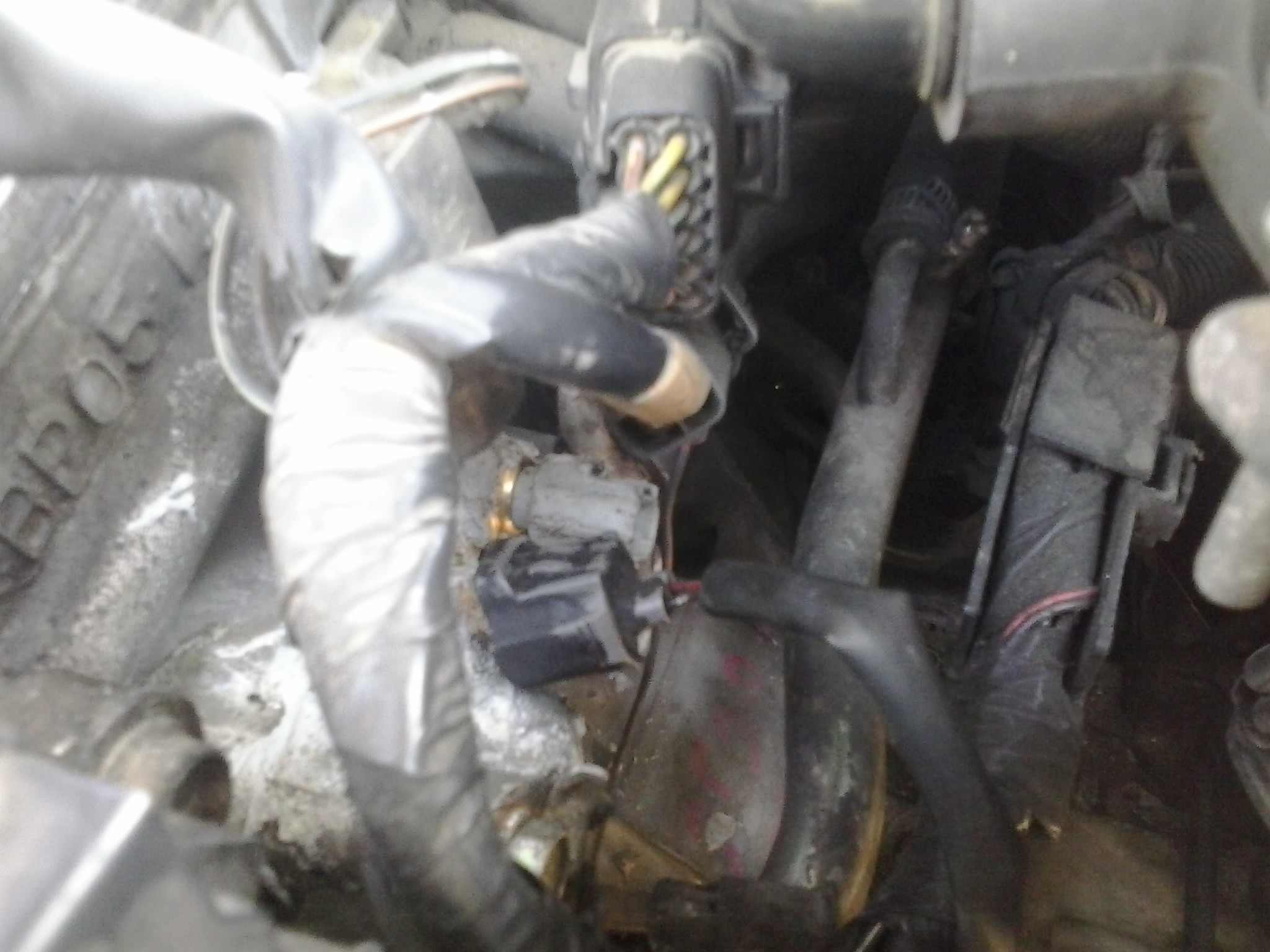 It plugs into the grey connector with the gold base. I plugged it in and the car wouldn't start. So I unplugged it and was able to get it to start after giving it some gas, but now the idle is erratic, falling almost down to around 200 and then jumping back up to 1000 ( previously it was fast idling just below 2k) . The engine also has a clear shake as if the timing on the pistons has gotten screwed up. I've also got a red light with an explanation point in it on the dash to the left of the speedometer.

A little history: the car had a head and ring job a few years ago, and the throttle body was replaced six months ago with a TB from an automatic due to idle and stalling problems. Not sure if the original TPS was kept or not. Previous owner claims he drove every day with no problems since then, but the first day I had it I noticed it idling around 2k after the engine warmed up and revving caused black smoke out the tail pipe. Getting about 10 mpg.

After finding a repair manual online I think that that thing in the picture is the Water Thermosensor. I'm wondering if this is the source of all my problems? Maybe the guy who did the work for the previous owner changed the throttle, saw it didn't solve the problem and then just disconnected the water thermosensor to get it working?

This absolutely could be the issue. On fuel injected vehicles, the coolant temperature sensor is one of the key sensors used (O2, MAP, & MAF are others) in calibrating the fuel map stored in the computer. Without the computer knowing the temperature of the engine, it has to run in a "limp-home" or "open loop" mode (depending on how the vehicle manufacturer does things). This mode is usually very rich. It does this so that the engine will not encounter a lean state which can cause damage much faster than a rich state.

I would suggest that yours is shorted internally, thus the reason why the car is not starting when plugged in. And like I said, it goes into a limp home state when unplugged. You can definitely try testing it, but I think you are on the right track. If it isn't the thing, it is definitely a thing which is wrong and needs to be addressed.

Here is the actual test you want to use.

Here is what the part looks like when pulled out: 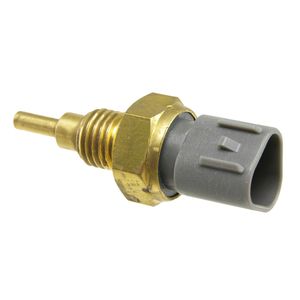 you're going to need to adjust the idle. look inside your repair manual for the idle speed adjustment section. you should be able to use a paper clip or jumper wire for the dlc part for getting it in diagnostics mode.

Not the answer you're looking for? Browse other questions tagged engine mazda lantis-323 or ask your own question.

6
How much improvement from replacing an O2 sensor?
1
Fast Idle and High Fuel Consumption
3
Mazda 323: Does the EMU / ECU learn?
1
Overheated while driving now it won't start
1
97 Mazda: Are there Two Heat Sensors?