I'm going to be buying a 1990 Ford Festiva with a manual transmission this weekend. I found it for a 'bargain price' for a understandable reason; it's a beater. 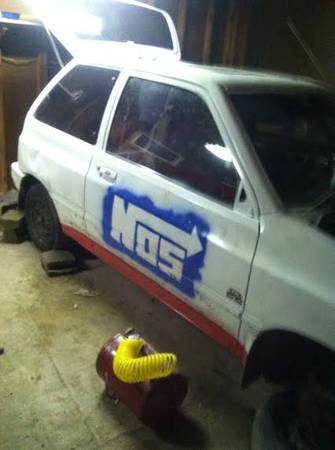 The owner said he did the timing belt. --This is a non-interference engine.

He said after he did the timing belt the car will idle just fine but when he gives it any gas the car will die.

He also mentioned that he had this issue before and he just replaced the fuel pump and that fixed it, however he said this time it happened right after he did the timing belt.

Could the timing being off cause this problem? Is it serious enough to the point that I will need to re-seat or replace the belt; or should I be able to just fix it by adjusting the distributor cap? I've never set timing on a vehicle before so I'm a newbie.

If the belt was off a tooth it could give that response. My MR2 idled fine, but would barely get over 25mph after the timing belt jumped a tooth (and it sounded like a lawnmower). Could also be something else disconnected during the process though like Paulster2 mentions.

Not the answer you're looking for? Browse other questions tagged ford troubleshooting timing-belt or ask your own question.