When I am driving, I seem to feel a "jitter" when I get in speeds near 50-70. As if the car struggles to go faster. It will decelerate fine.

A tech at O'Reilly's suggested I check the engine ground wire. I haven't done this yet, but he said it wouldn't hurt to see if it's got any wear or damage to it. Is this worth looking at? I'm not sure where the ground wire for my engine is at, and it's a pain to look through things under my hood (tight space, small car, low to ground).

I also have a question as to what this open port might be near the PCV (pics below). The whiter pic has the port in quesiton circled.

Any suggestions or comments? Need more info? Is it a coil pack that needs changing in the higher-numbered engine cylinders? I have three coil packs (top-back of engine casing) 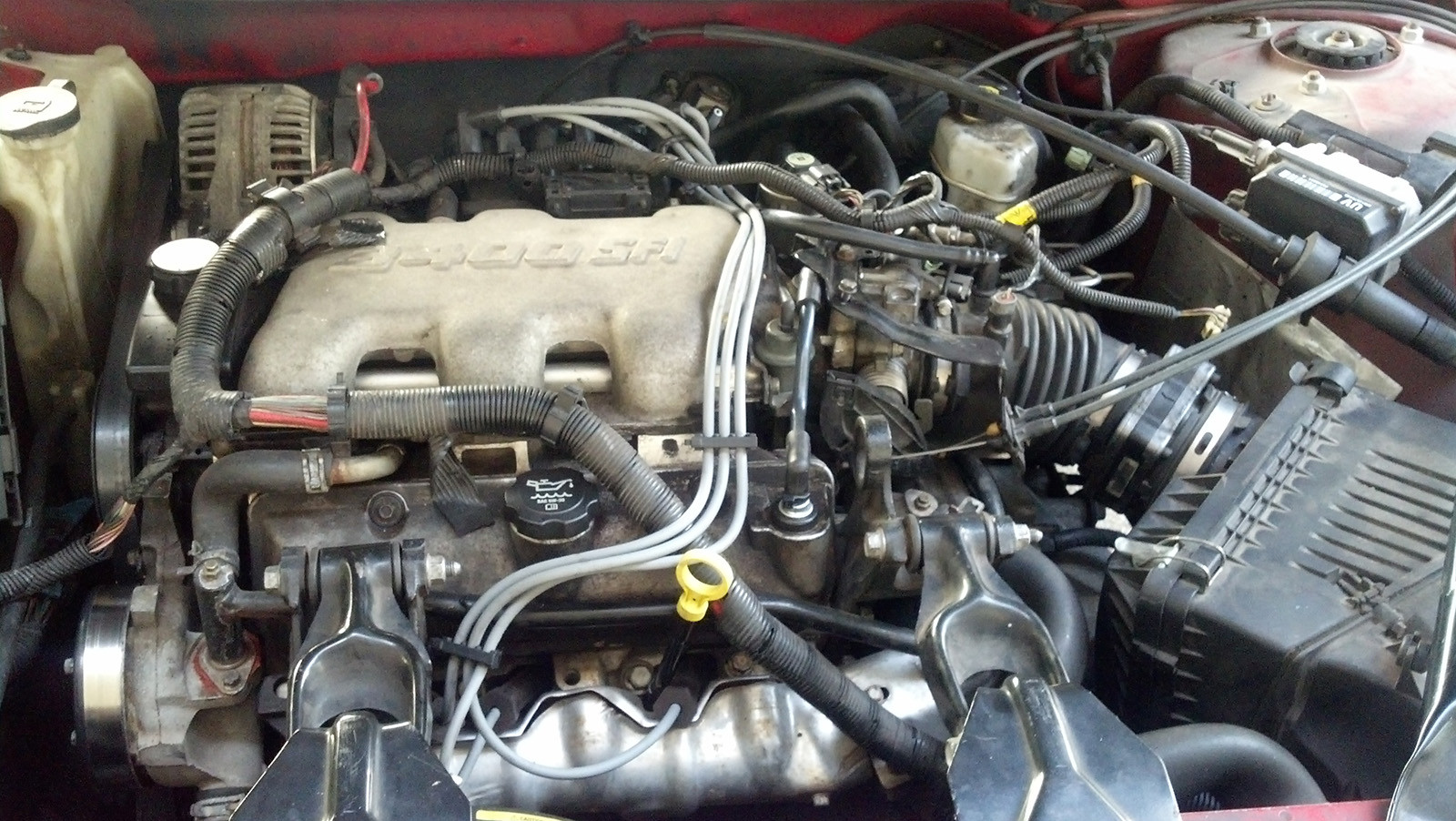 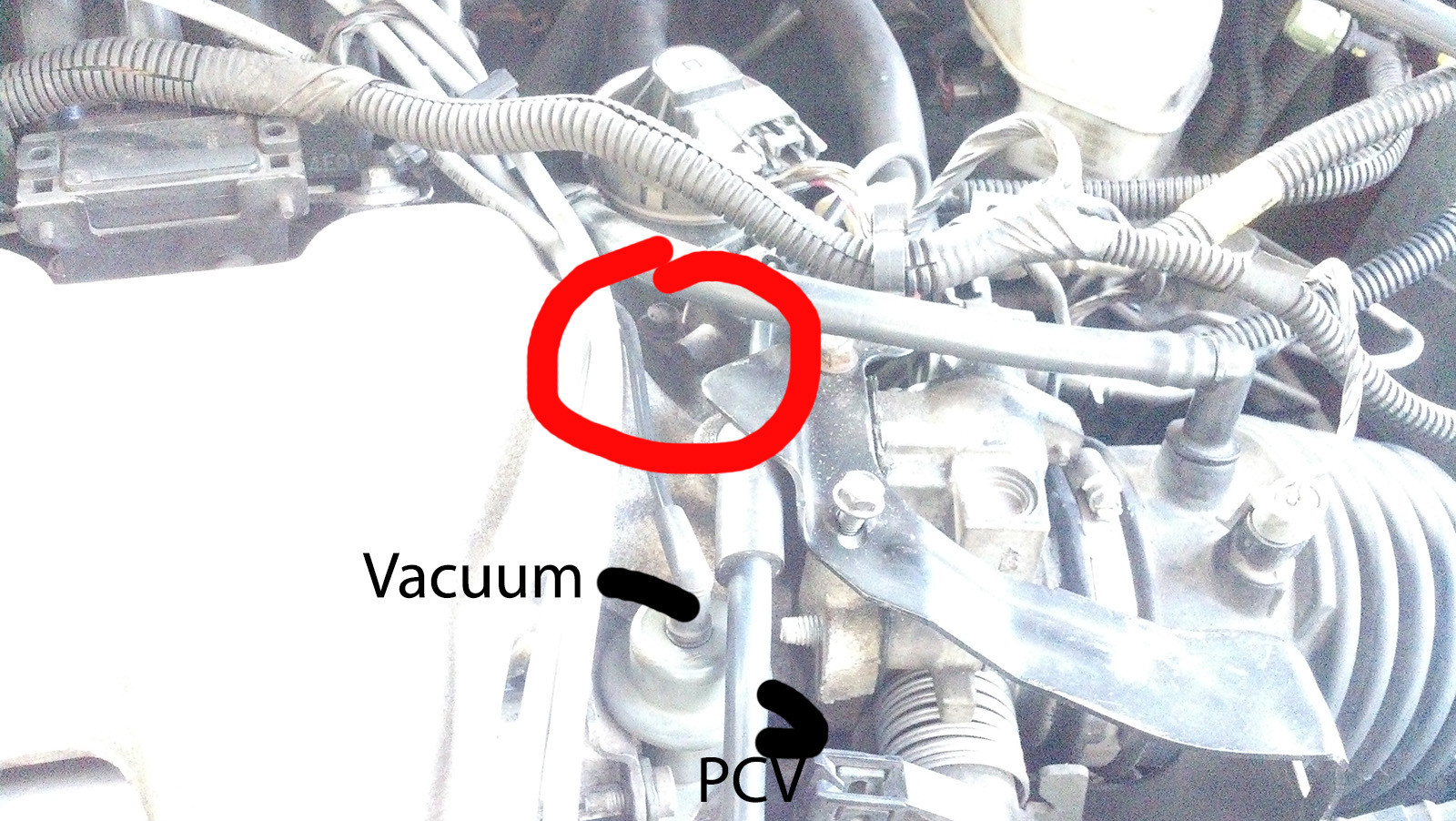 It might also be worth mentioning that the car doesn't always start when I turn the key UNLESS my foot is pumping gas (in cold or hot weather). Without pumping the gas, it's a risk if it turns over or not (else it just leaves the battery on and engine never starts). With pumping the gas, it always will turn over and engine starts,

Upon further listening of the engine, I can hear either a "sucking" or a "blowing" sound (like the sound high-pressure liquids make or an air can might make, but not a hissing sound) near the EGR and PCV valves (look in the images to see where they are). Also note, the EGR is heavily rusted. Should this be changed out? There is very fresh liquid around one of my fuel injectors (closest to this sound I'm hearing). Closing in as this being the problem.

Have a gas test carried out on your vehicle, it is often forgotten just how much information a gas test provides. Among the causes for P0300 are bad plugs, bad plug wires, bad ignition coils, leaking fuel injectors, massive air/vacuum leaks, and EVAP system faults. If you can have your vehicle scanned using an OBD scanner and also by a scanner compatable with the vehicles manufacturers. The OBD scanner will show the engine sensors and actuators actual values, whilst the OEM scanner can go deeper but may include substituted values.