As you can see from the photo, the cruise control is disconnected from the throttle.

I tried just hooking it back on, but it fell of again. I'm expecting this is due to vibration of the vehicle.

Is there a piece missing which is intended to secure the connection? What should I do to fix this correctly? 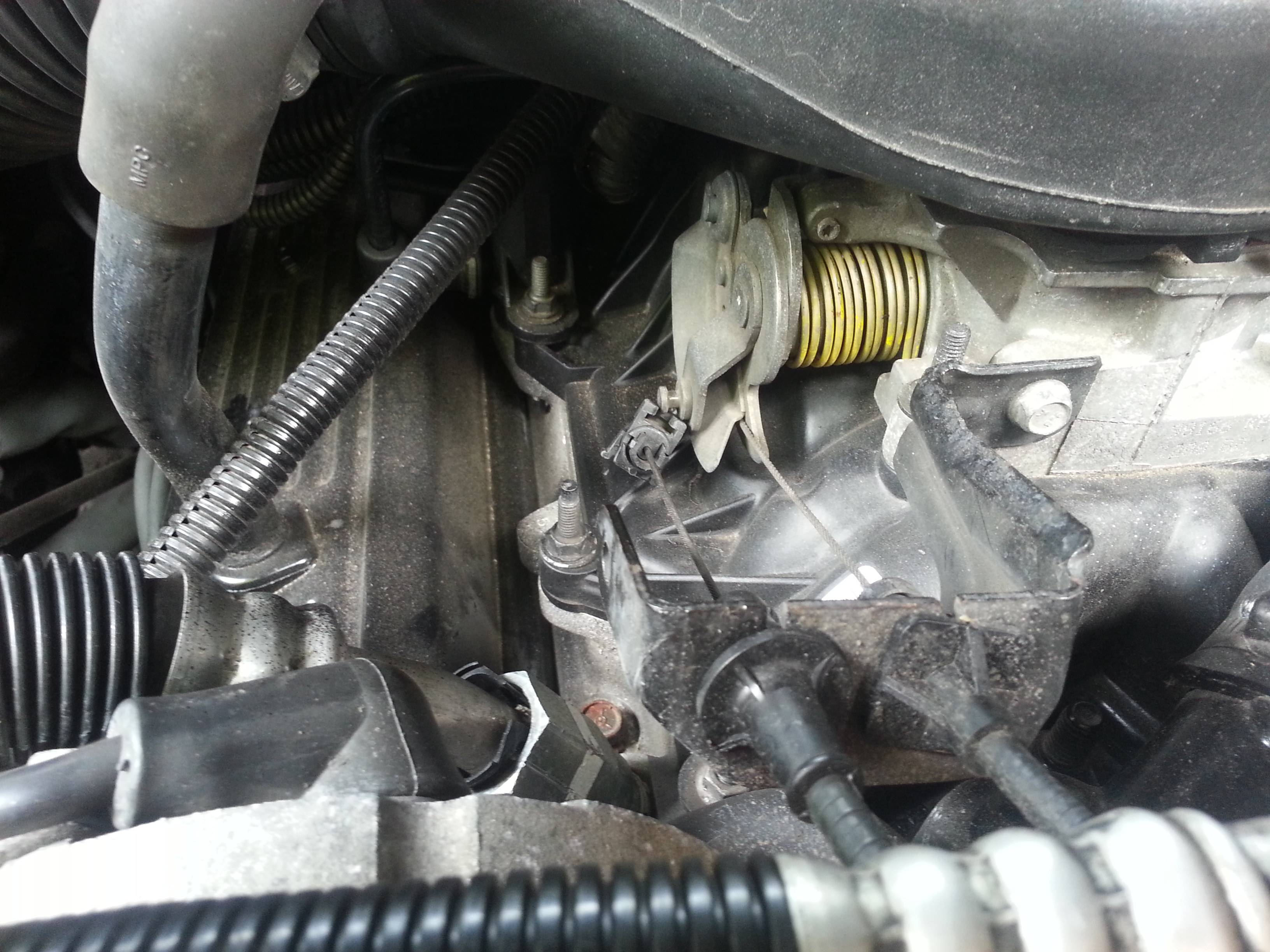 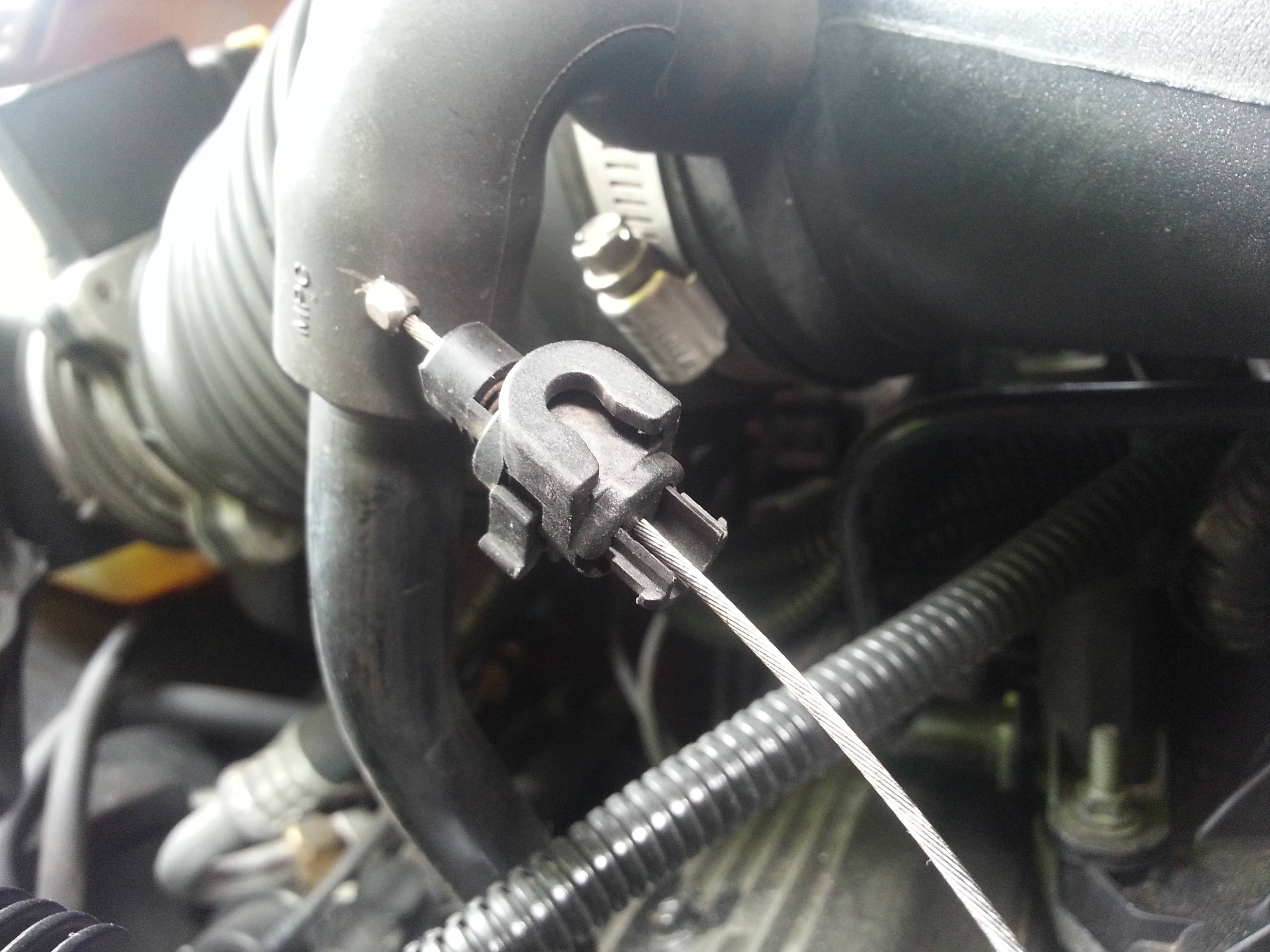 When you reconnected it, did you just slip it on or did you push it on until it "clicked"? That's a snap connection.

If it's worn so much that it won't snap on any more, you could try running a little spring from that hook thing to the place where the cable sheath stops at that steel bracket (the one with both cables routed through it). The cable core should pass through that hook thing freely.

It looks as though the clip could be worn out and will no longer hold on the throttle pin. If it is worn out, every time you step on the throttle, it is going to pop off.

I believe you can replace the clip itself. It looks as though there is a release on the side of it which will allow you to take the clip separate and replace. I believe the clip splits in half and wraps around the cable end. Get a new one (only place to get this is probably at the dealership), or find one at a "you-pull-it" yard for cheap.

Not the answer you're looking for? Browse other questions tagged part-identification cruise-control or ask your own question.