Where is the proper place for cables with this type of connector?

I have my wires (the ones with end-connectors) between the bolt and metal plate, like such: 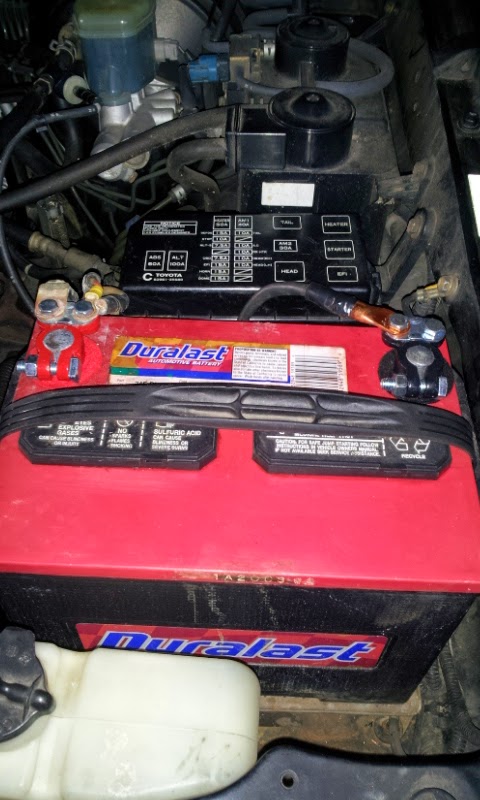 Should they be below the plate instead? I figured the metal plate is a good conductor, but I've seen people mount below this plate.

I don't think you'll have much of an issue either way, though I think you'd have better off with a set like these than the ones you chose: 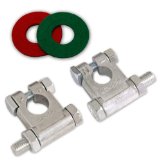 To properly use the ones you purchased, normally you'd clip off the connectors at the end of the wires, then bare the wires (remove the insulation) about a 1/2" back, then put the bare wires under the clamp, holding them there until you get the clamps (metal part where you are attaching the wires at now, not the part which holds the battery terminal) snugged down.

Either way, if you coat the terminal area and clamps (all exposed metal) in a thin layer of grease, you'll find you won't have as much corrosion buildup over time.

4
'01 Jeep Cherokee - Check Gauges light & low battery gauge
5
Does length of jumper cable matter while jumpstarting a motorcycle from car battery as a booster?
16
How do I determine what type of jumper cable I should carry?
4
Disconnecting negative battery terminal
17
Should negative trickle charger clips be attached to the battery negative terminal, or ground?
1
Battery terminal protectors
14
Can a lithium-ion battery really start a truck?
1
2009 Suzuki LS650 Battery Problem/Question