There doesn't seem to be a clearly marked jack point or tow hook in the front of the Insight (I think Hondas generally have an arrow to denote the front jack point). The only points in the manual are the reinforced pinch welds.

I'm not entirely sure which parts of the subframe or control arm to choose to stick the jack under. I took a few pictures with a few potential options. 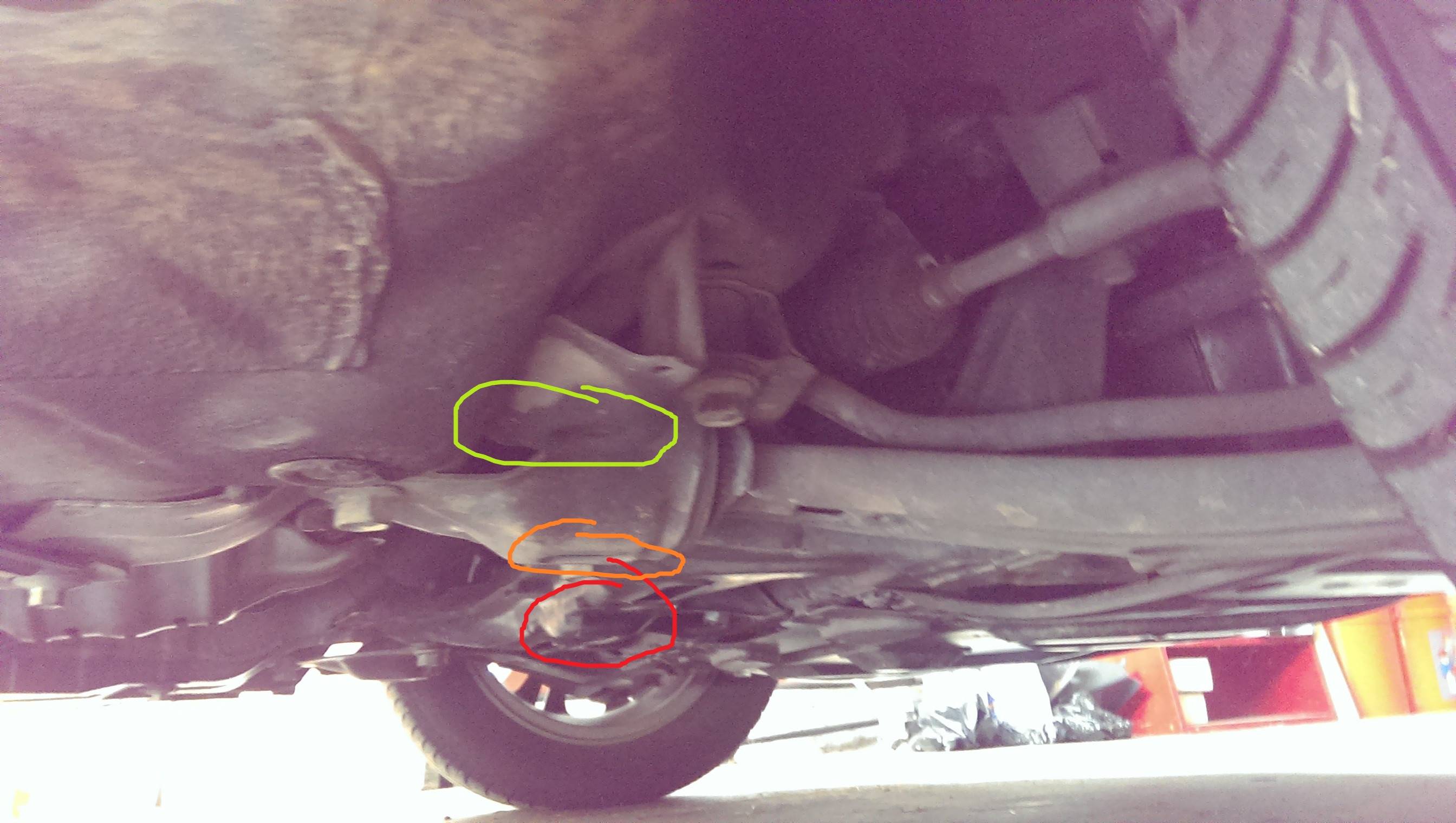 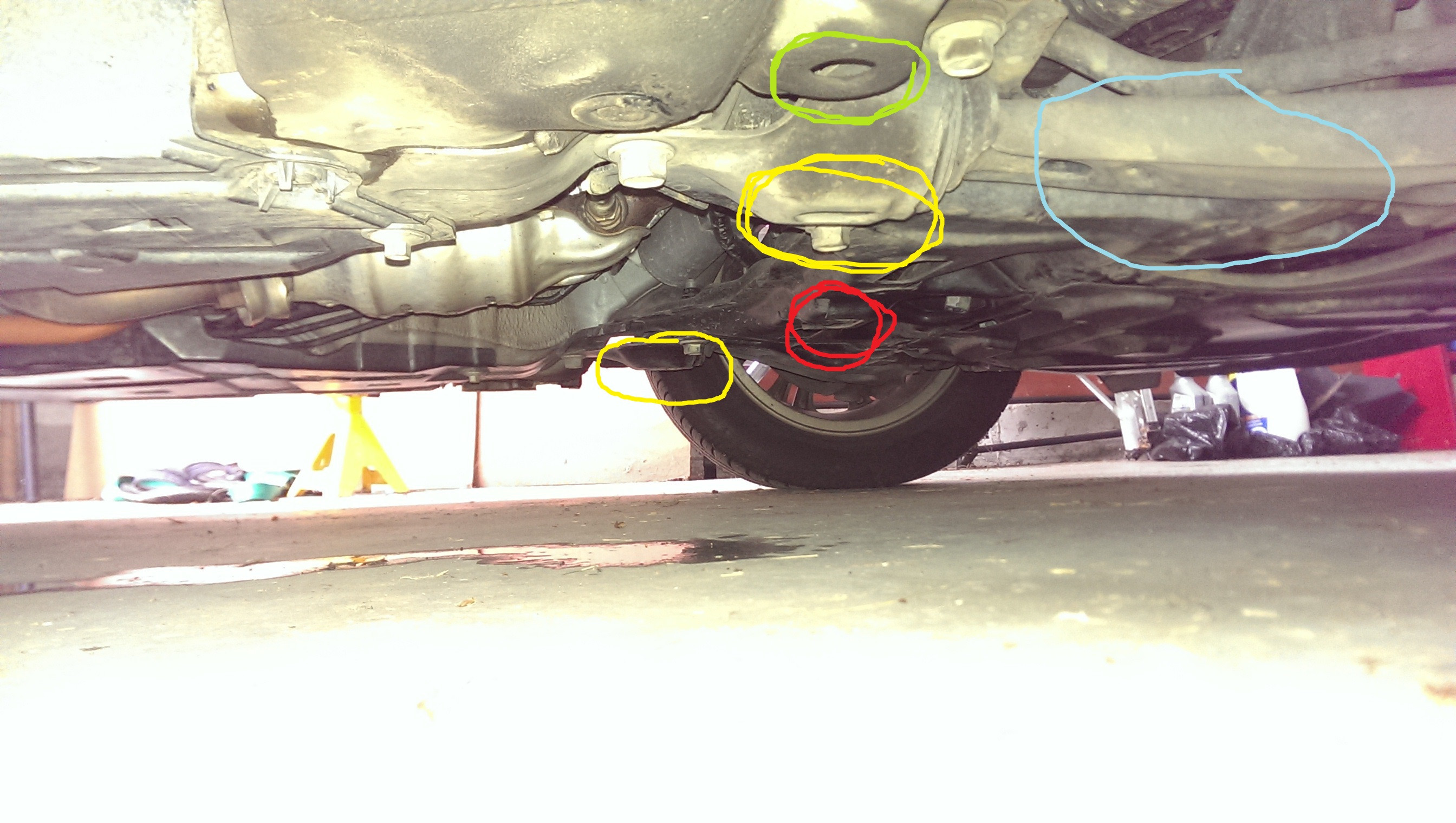 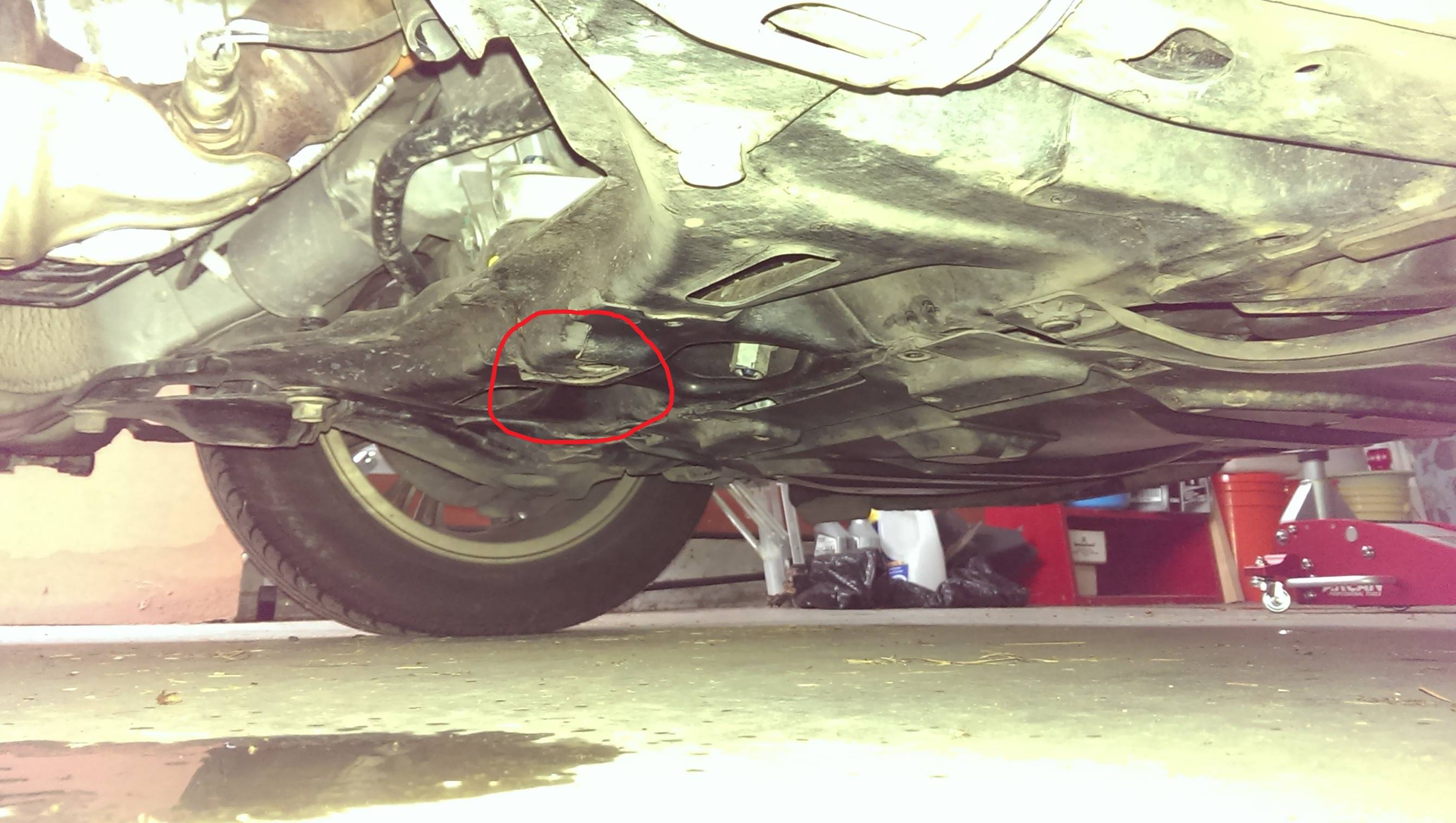 In the first picture where you have the orange circled item ... just to the left of it (in the picture) there is a large bolt which attaches the circled item to the body. This would probably be a good lift point. I've found that anywhere which is going to be used as a bolted mount point is going to be very sturdy. If you are worried about marring the bolt, put a piece of wood between the jack and the bolt head. This will provide enough protection by spreading the load over a larger area as well as a softer, malleable point to jack from. It looks as though there is two of these, one on each side of the vehicle which you can lift from.

Most modern vehicles are built in the expectation that when being worked on they will be in a repair shop, equipped with service ramps. The is usually a two post ramp, which has four jacking arms. Their arms are placed under the seams of the vehicle, or specific lifting points on them, to raise the vehicle. If you do not have a ramp available, the next best option is two vehicle jacks, one each side. Jack them gradually and equally to raise the vehicle to fit the stands. The third option is with a single jack. Jack each side a small amount at a time, adjusting the stand heights as you go.

9
Jack points for a 2003 BMW 325i
4
MK3 Ford Focus Jack Points
8
Jack stand placement on frame rail for 2000 Toyota Camry
6
Safe jack / jack stand points for 2002 Ford Focus
14
Can I leave my car on a jack for several days?
5
Newbie question: Cant rise vehicle from front jack point to place jack stands on sides
1
2003 Honda Civic Si - Do I need to drop my trans to replace the pilot bushing?
3
Jack and Jack stand points for a 2011 Hyundai Elantra besides the tire jack points?
2
Jacking up a Mk1 Ford Focus around its pinch welds
2
Is this 06 Honda Civic missing part of the front subframe?