Is there a way to tell if a timing belt has been changed without actually changing it?

The woman who drove the car didn't protest when they said this, but later, the boyfriend who actually owned the car disagreed, and said it had been changed by the dealer before they bought it, within the last year or so.

I don't want to spend hundreds of dollars on a precautionary measure if it's already been done. Is there any way to tell without actually taking the entire engine apart, to the point where you might as well replace it anyway?

There really isn't an indicator for belts, unfortunately.

If the boyfriend of the previous owner says the dealer changed it, bring the car to that dealer, if possible, and have them look up a service record. If you're far away from the dealer, call in and have your VIN handy. I'd say this is your best bet.

Check around your engine bay. There may be a sticker indicating the last timing belt change if mechanic did stick it.

Something similar to this. 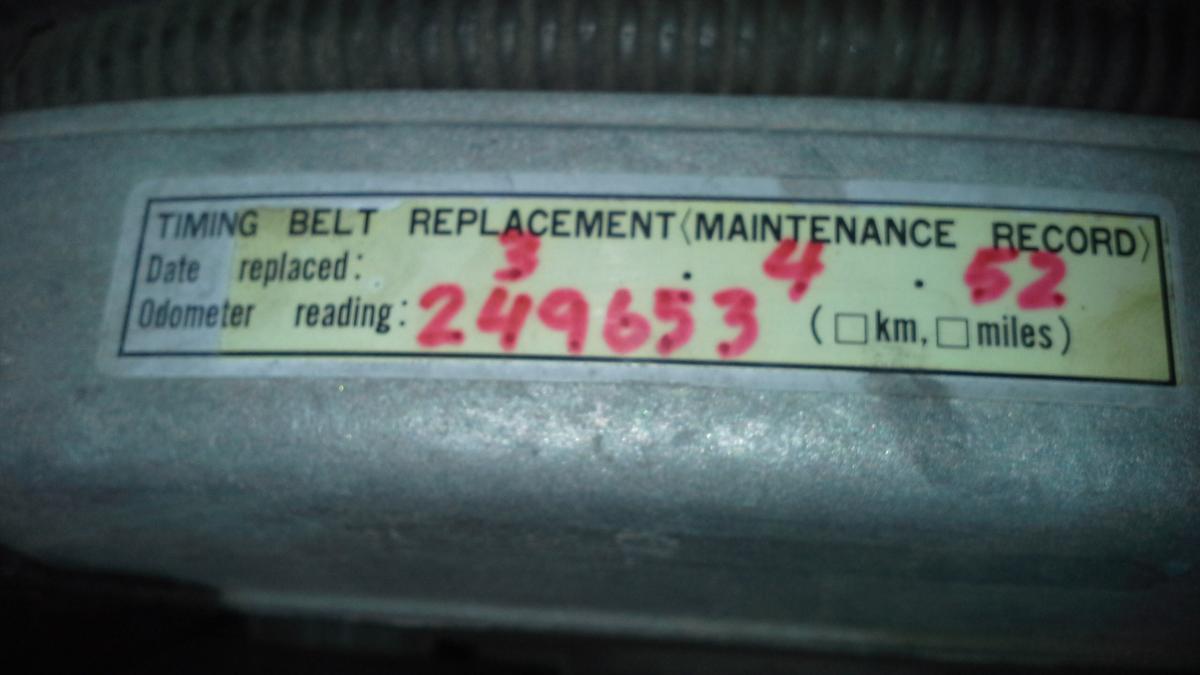 Yes there is. A lot of belts have print on them or white line markings. These wear off over time, typically after about 70k miles. While it's not foolproof, it is an indicator you can use if the belt isn't real old.

You will have to remove the timing belt cover to visually inspect the entire belt. Here is a video on How to tell if your timing belt has been replaced?

Not the answer you're looking for? Browse other questions tagged honda civic timing-belt or ask your own question.

13
How do I weigh mileage against time when it comes to scheduled maintenance?
4
2003 Honda Accord Timing Belt Package replacement - necessary to replace all things related to timing belt?
4
What parts are usually changed when the timing belt is replaced?
5
97 Honda Accord won't start after head gasket replacement
5
Properly Aligning My Timing Marks
7
Volvo 2.0D engine "self-oscillates" after changing timing belt and adjusting fuel-injectors
7
Best practice to tell if an interference engine has bent valves?
3
2003 Honda Civic overheating issue
2
Can a timing belt slip one notch?