What year Camaro is this?

Hope this isn't a poor question for the site but I came across this camaro online but don't know much about it. 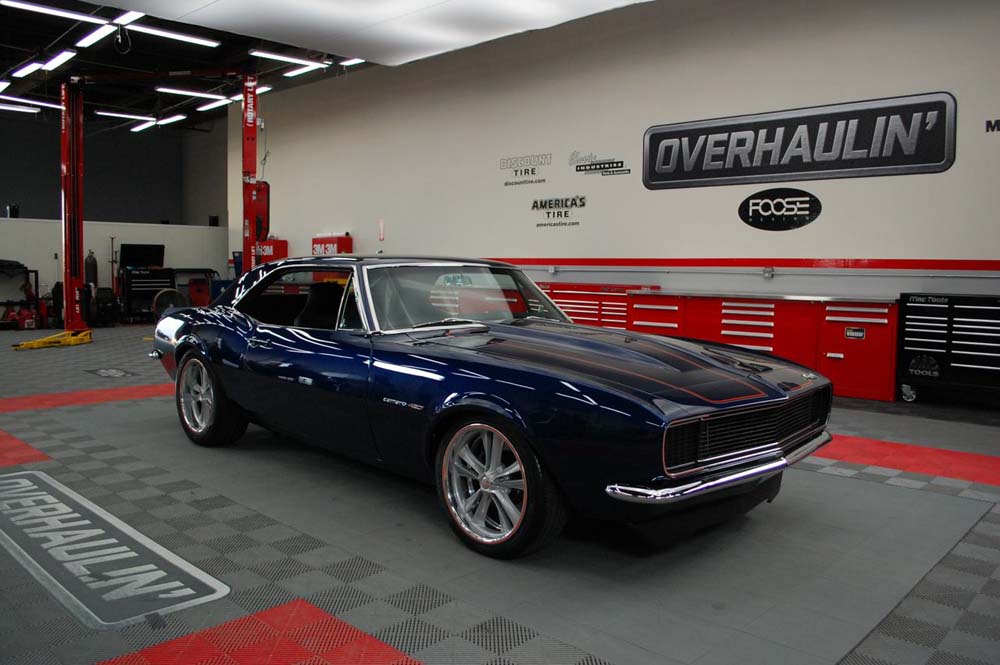 I suppose a plus would be that when other's do a search for this picture mechanics.SE will pop up with specs!

This is a 1967 Camaro which Chip Foose rebuilt on an episode of Overhaulin'. The sign in the background is the clue.

EDIT: I guess I could tell you how to tell this is a '67 with or without knowing Chip Foose did this build :-) If you know anything about Camaros, you can tell this is a 1st gen by its angular cuts. The 2nd gens are not angular and are a lot longer looking. So since you know it's a 1st gen, you should know the 1st gen covers the years of 67-69. To figure out which year specifically it is, the first thing to look at are the wheel wells. The 69 has squarish wells, while the 67-68 have round wells which follows the tires quite well. Looking at this one, you can see they are very much round. To tell the difference between the 67-68, look to see if it has a wing window on the door (just behind and inline with the A-pillar). The 67 has one while the 68 does not. There really isn't too much of a difference between them otherwise.

Yes, this is a 1967 model as my grand father had the same model that I had seen in the photo album of our family members.

Not the answer you're looking for? Browse other questions tagged chevrolet camaro vehicle-identification or ask your own question.

6
How can I learn the details of an engine that's not original?
3
Grill of car got knocked inwards - should I worry?
8
94 Z28 LT1 Camaro. Intermittent stalling/starting problem. Been haunting me forever
6
Broken Exhaust Manifold Stud - Replacement part specs or part number
3
2007 Chevy Silverado 1500 LT how to repair door molding
1
Vehicle specification information by VIN lookup
2
Can anyone identify the year, make, model of this car?